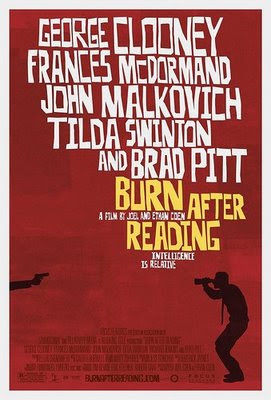 [Complete with silhouettes of folks taking/leaving their seats at the theater; again, you've all seen this so I'm not gonna spend the time creating a clip from scratch. There's a better looking, edited-to-remove-parallel-action, non-embeddable version here.]

With this, the Coens now hold the solo Skandie record for most films to make the top 20, with six. They had previously been tied with Lars von Trier at five. In third place, with four films each, are (in order of how high their films collectively ranked) Paul Thomas Anderson (worst finish #8!), Christopher Nolan (including The Dark Knight, which I won't pretend is not forthcoming), Mike Leigh, David Lynch (who is 4 for 4), Richard Linklater, and Michael Haneke.

Though this is the first time Hou has landed one of his films in the top 20, he's placed twice before as a director, finishing 20th for Millennium Mambo (2003) and 10th—one pip higher than this year!—for Three Times (2006).

Hoffman further extends his record as the most honored actor in Skandie history with this, his 12th top 20 appearance. (Nobody else has more than nine.) Here we go:

Brolin of course had his double-whammy debut last year, placing 3rd in Lead for No Country for Old Men and 15th in Supporting for Grindhouse. Devos gets her first supporting nod, having been cited three times before as a lead: 12th for Read My Lips (2002), 5th for Kings & Queen (2005), and 10th for Gilles' Wife (also 2005). Leandersson is of course new.

Again, Hong has only had the one previous (and lackluster in most folks' opinion) eligible film.
Posted by md'a at 10:34 AM

I dunno, man. Out in the world at large—as insane as it seems to me personally—this film is widely considered to be an amusing curio at best and a total failure at worst, with most people considering it a big letdown after No Country. Naming it one of the year's ten best films (or very nearly so) is actually kind of radical.

As it happens, The Big Lebowski finished in almost the same spot (12th) a decade ago, well before its cult belatedly kicked in. Burn After Reading isn't likely to generate that kind of fervor, but I do think it'll be better appreciated with the benefit of some hindsight. I'm proud of the AVB for recognizing it now even to this degree.

(Although 40 or 50 years from now all those ultra-dry Dermot Mulroney jokes are gonna seem like complete non sequiturs...)

In 40 or 50 years, Dermot Mulroney will probably only be remembered as an amazing cellist (per Joaquin Phoenix).

I don't even think BURNS "grows" or "deepens" on a second view, though it certainly holds up well for a comedy, and it was in fact the only Non-Top-10 film I saw more than once in a theater last year

The second viewing clarifies the message of the movie: that the U.S. intelligence community is not running on all cylinders (that it has no clue what's going on, has no answer for what's going on). It's foiled by a woman who wants plastic surgery.

I like to think of it as a Samuel Beckettesque absurdist parable.

I don't think that this, to the extent it's a defensible read, is even subtextual. I certainly got it on first view (here's my review here.

And second, to what extent SHOULD the "intelligence community" have been able to figure out *this* story? Particularly since (1) it does actually kick in effectively once "real stuff" starts happening like the Russian Embassy visit (though they're left clueless about the "back story," the "B-matter," i.e., the movie), and (2) the actual events are rooted in absence and the misunderstandings and self-delusions of people who are very much not in the "intelligence community" but like to think they are more important.

The only way the CIA could have figured *THIS* chain of events was to be running an all-seeing police state that East Germany would envy, aka, the literary omniscient narrator. Deal?

Ah, so you're reading it as the Coens mocking public paranoia regarding the wiretapping. I was trying to think of the movie as an allegory for the intelligence blunders regarding Iraq's WMDs.

No, that thought occurred to me too, but then I dismissed it as retarded drama, retarded history or both.

In your understanding, "Iraq's post-1991 WMD programs" = [what exactly in BURN AFTER READING].