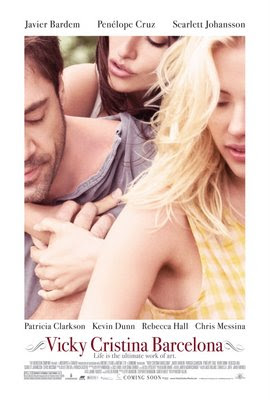 [Unfortunately, I'm unable to show you this scene, as my screener was, um, destroyed immediately after viewing according to Sony Classics' dictates, yeah that's it, and I can't find even a crappy cam version of the film online. But that's okay because, while I'm choosing not to be dictatorial about it, in my opinion this is really more of a brief tender moment than an actual scene per se. In lieu of the clip, I will share with you a description of the scene/moment in question that I found on kids-in-mind.com: "A woman bathes another woman in a bathtub (they are sisters and nothing sexual is implied): she washes her back with a sponge, and specifically, a tattoo on her back and shoulder area; the woman in the bathtub sits up, and holds her arms over her breasts (we can see the bare sides of her breasts and bare legs)." The site gives the film 6/10 on its sex/nudity scale. Also apparently its message is: "Family will forgive, but not forget. Life is measured by how well you love others."]

This is Rivette's first citation for Director. His only previous eligible films were Va savoir and Secret défense; I'd totally forgotten that the latter even existed, to be honest. (Up/Down/Fragile was technically eligible in '96 due to an eyeblink NYC release, but it was a different world back then and only four voters even saw it.)

Of the actors, both Moore and Del Toro are previous Skandie winners. This is actually the former's first nod since she won Actress in 2002 for Far From Heaven. She also won in 1995 (Safe), placed 3rd in Supporting in '97 (Boogie Nights), 13th in Supporting in '98 (The Big Lebowski), and had three freakin' appearances in '99: 11th in Lead (The End of the Affair) and 8th and 15th in Supporting (Magnolia and An Ideal Husband, respectively).

In additioning to taking the Supporting Actor trophy, here as everywhere else, for his work in 2000's Traffic, Del Toro has had two other Supporting nods: 10th in 1998 for Fear and Loathing in Las Vegas and 13th in 2003 for 21 Grams. This is his first Skandies appearance as a lead.

J.K. Simmons previously finished 18th in Supporting as J. Jonah Jameson in the first Spider-Man (2002), having been shamefully overlooked last year for Juno. (Bad voters! Bad!) Ann Savage, meanwhile, makes her first appearance since placing 15th in 1946 for Renegade Girl, though that was clearly a retroactive apology for ignoring her in Detour the year before.

Reygadas' screenplays for Japón and Battle in Heaven were justly ignored on account of those films are retarded.
Posted by md'a at 12:42 AM

Hm. Looks like I may have somewhat over-estimated enthusiasm for The Duchess of Langeais in my predictions.

Oh well. Had to take a gamble somewhere, I guess. Worked out last year for Grindhouse.

Savage today plus Begaudeau yesterday means two of my No. 1 picks are out of the way already. I'm pretty sure though, I won't be seeing any of my other No. 1 picks for a while -- 4 MONTHS, Reygadas, Marinca, Downey and the Nolans. (I don't have a #1 scene; I've given them all 10 points for a few years now.)

Also, Mike, please stop reading sites like Kids-In-Mind.com. You know way smarter and more-discerning Christians than that. That description of that scene is RACHEL, though it is "accurate" in a sense and it does acknowledge that there's nothing even arguably sexual in the scene, is written by and for the kind of person who goes into a movie looking to take offense, searching the screen for one glimpse of corrupting areola (or "the bare sides of her breasts"). People bathe in the nude, Kids-In-Mind.com ... there's no real point to doing it any other way.

Honestly, I sometimes think Puritanism and Libertinism need each other, each serving as the permanent straw-bogeyman "bad examples' for one another.

Never fear, Victor—I don't read any such site (and there seem to be many). Just stumbled onto that page while searching fruitlessly for a torrent of the film.

Also ... bad Skandie voters for picking Simmons for **this** Coen Brothers role while ignoring his hilarious bit as an "IBS Activist" (typing in the very term just now gave me ... ahem ... shits and giggles) in THE LADYKILLERS. Also my #1 pick its category for that year.

Oh. So you were the other guy who was infinitely amused by that while everyone else told me I was crazy and that movie was Satan. Good job Victor.

Excellent, thanksbud! I'm no Silent Light fan, although understand people praising some scenes or Reygadas direction. But it seems the movie could be shot without a screenplay. It just vanishes when confronted with Nolan's or Cohen's or...

I thought he was talking about RETARDED COP WHO FLOATS.

Nah, if it was RETARDED COP WHO FLOATS, the second scene would have read, "Ugly RETARDED COP screams profoundly into space."

I'd like to "hear" Md'A on Silent Light screenplay. I mean, if you consider the importance of screenplay for films like Memento or Dogville or Silence of the Lambs or L. A. Confidencial or Chinatown or Casablanca, it's wierd to see SL screenplay in #19, when the film seems to be all about photography (light, camera movement - or lack of, composition) and (some) editing.

I didn't vote for Silent Light in Screenplay and frankly am unsure why anyone would.

In 2003, Irreversible was #1 film, but only #18 in screenplay, I guess for the same reason Silent Light screenplay should be ignored: it seems to have almost no importance in the final achievement (although more important, or more "substantial", in Irrev than in SL).

I could see voting for the "story" of SILENT LIGHT if there were a category for that and there was once an Academy Award for "story" separate from "script."

Of course, I think that the category is a kinda retarded concept, the equivalent of "best rough draft" (though the Academy kept it for close to 30 years).