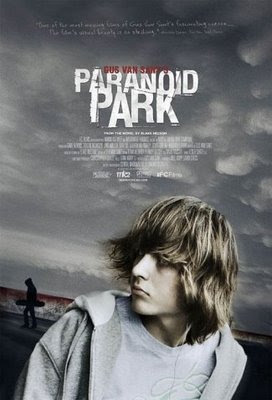 [The entire scene runs about 15 minutes, which is too long for YouTube; this is the half that seems essential. And as a bonus, below is scene #19, which I couldn't put up at the time because no torrent of Rachel had yet turned up. Again, this is really just a very tender moment that a couple voters responded to strongly, not really a scene as I try to define it. Also the first ten seconds or so are screwed up.]

HISTORY: Maddin placed 15th in 2003 for Dracula: Pages From a Virgin's Diary.

Morton gets her sixth nod, though her first in five years. She previously placed 6th in Supporting for Sweet and Lowdown (1999), 2nd in Supporting for Jesus' Son (2000), 4th in Lead for Morvern Callar (2002), 5th in Supporting for Minority Report (also 2002), and 16th in Lead for In America (2003). Balibar finished 18th in 2001 for another Rivette joint, Va savoir. Hoffman further extends his all-time Skandie record with his 13th career appearance in the top 20. (See #11 for details.) Irwin is new.

Desplechin's screenplay for Kings & Queen placed 8th in 2005. That seems to be the only one of his recent films that Bourdieu, who has never before placed, didn't collaborate on.
Posted by md'a at 10:00 AM