A heartfelt but nonetheless semi-objective plug. 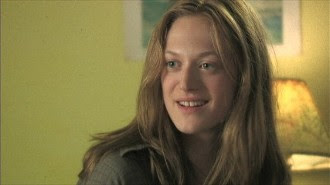 Longtime readers will know that I pull no punches, even regarding films written and/or directed by close personal friends. One of my buds' pictures was strong enough to be selected for Sundance's Dramatic Competition and wound up getting a moderate theatrical release; I gave it 57 good-effort points of criticism. Another pal still laughs when he recalls the kindest response I could come up with after seeing his feature debut: "Well, that wasn't terrible!" (40 points of criticism; terrible would be < 28, I decided.) So when I urge those of you in the greater Los Angeles area to check out a new indie film that'll be screening at Method Fest later this month, and then confess that it's the work of my friend Nicholas Gray, trust that this is not just me being loyal. I wouldn't call your attention to it if I didn't genuinely consider it worth your time.

First, I must apologize for the title, which Nicholas is very well aware I can't stand. (When I told him I was doing this he insisted that I be 100% honest.) The film is called If You Could Say It in Words, and for the most part it's a gratifyingly subtle and remarkably assured (for a novice filmmaker) character study that happens to be—and one of the most impressive things about this film is that it really does seem like it just happens to be—about someone with Asperger's Syndrome. I'm telling you that up front because you'll find out anyway if you click on the link to the film's website or read the festival blurb or whatever, but what's kind of amazing is that if you didn't know this in advance it might not dawn on you until deep in the movie's second act. Apparently, there was an egregiously mawkish Asperger's movie at Sundance this year (I haven't seen it), but Words (as I guess I'll call it for short) couldn't possibly be less disease-of-the-week. I have significant problems with the ending, and as a result my rating wound up being a 54 (which drives Nicholas nuts because 54 is my top C+ rating and he keeps wanting to shove it up into the B- column), but to be honest I was kind of dreading watching the film, afraid I was going to have find some tactful way of telling Nicholas it blows, and was very pleasantly surprised.

But the main reason I'm urging you Angelenos to check it out is because Method Fest, which I had frankly never heard of before, is a festival specifically dedicated to "breakout acting in independent film," and Words does in fact feature one of the most stunning performances I've seen in the past couple of years—easily my top Best Actress pick for various polls and surveys, at this writing, should the film get a New York commercial release. That would be the young woman pictured above, name of Marin Ireland. Alvin Keith, who plays the Asperger's dude, is also quite strong, nicely underplaying in what's obviously a fairly tricky role. But it's Ireland's stunningly naturalistic and almost preternaturally sensitive work as the woman who falls for him, without quite understanding the nature of his quirks, that gives Words its considerable power and prevents it from ever lapsing into cheap bathos. I was literally only ten minutes into the film when I stopped the DVD and started Googling the hell out of her to find out who this instantly riveting presence was. (An accomplished and award-winning theater actress, it turned out; she's currently starring in Neil LaBute's latest on Broadway.) Even if you don't care for the movie overall—and, again, I'm pretty mixed on it myself—you'll be glad later that you got in on the ground floor of what's sure to be an amazing career.

If You Could Say It in Words screens at the Calabasas Civic Center at 7pm on Sunday, 29 March. Stop by, witness a future star, and tell Nicholas his movie still needs a better title.
Posted by md'a at 11:24 PM

Can't wait to see it in Omaha

Damn. I wish I could make it, but can't that night. Thanks for clueing us Angelenos in. Sounds terrific.

At Method Fest, Marin has been nominated for Best Actress and the movie was nominated for the... let's see, The Maverick Award for Quality in Low Budget Film. So best cheap movie.