(For those unfamiliar with the Skandies, my annual survey o' cinema, now in its (gack) 16th year, you can find the procedural-historical lowdown here and results from previous years over yonder.)

Here, then, are the group's estimation of the best films that premiered during 2008 but failed to secure New York distribution (and hence eligibility for the Skandies proper, which has a two-year window) by the end of 2010. I used to unveil these simultaneously with the main top 20, but it occurred to me a few years back that they really ought to have their own separate platform, given their undeserved semi-obscurity. Check back for the best films, performances, etc. of '10 around the beginning of February, after everyone's had a chance to make up their own mind about whether Lesley Manville goes too far over the top. (Yes.)

Alas, I'm too harried at the moment to write up commentary on 20 films, many of which I haven't seen. So I've let various folks who've posted their thoughts on the IMDb provide a characteristic remark. 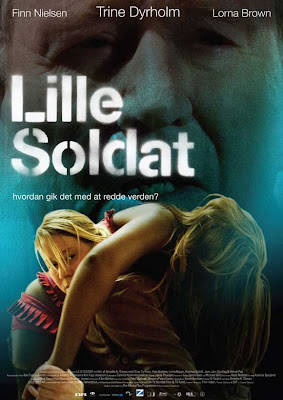 "I don't regret watching it but I'm not exactly sure I'd recommend it, either. The ending also left me hanging as well but oh well, it was the director's vision." 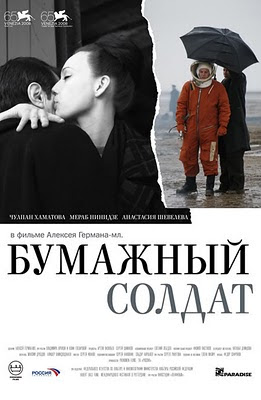 "There are one or two shots that are stunning for their sheer improbability, like a distant lift-off behind a stoical camel against a vast plain of slush. I'm not asking for SF bells and whistles or bleeps and roars and distorted cheeks, but if they wanted a movie about character, they could have set this one all on a collective farm. Space travel is too big a subject to push (literally) into the distant background like this." 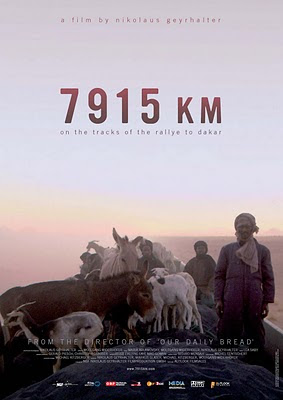 "Named for the distance covered by the racers, 7915 Km really measures the gulf between lives spent speeding for kicks and those in which travel is often a last-ditch bid for survival, dangerous if not impossible." [Actually Rob Nelson in a Village Voice piece; nobody has yet commented on IMDb.] 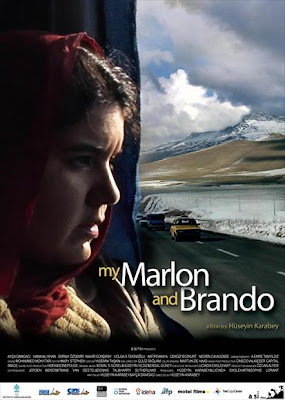 "There is war in Iraq, the second Gulf War. When she leaves Istanbul, she immediately faces completely different and painful realities. Going to Iraq is not that easy! Going to Iraq for love and with love is not that easy! You can go to Iraq to bomb but you cannot go to Iraq for love! Paradoxical or tragi-comic? Huseyin tells a delicate story and invites us to think about the reasons that make us move. If Gitmek is telling something, it is this: not only going to Iraq, but to find in yourself the reasons to go there is the most difficult and important thing! If you are moved by this movie, think about this point!" 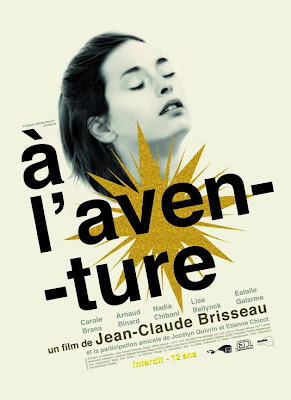 "Honestly speaking, this film has some brief sentimental moments, some good music, some good screen shots. However, unfortunately, these good factors were SPOILED by BAD factors in the film, such as in addition to passionate straight couple sex, there are also lesbian sex and group sex, which made me and at least some other movie goers feel DISGUSTING!" 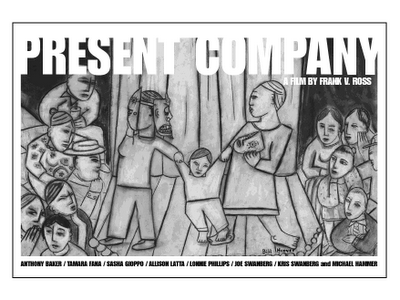 "Essentially the film is a break-up movie, but unlike Nights and Weekends, Present Company takes us deep inside the characters as they fight the urge to break up through lies and deceit. Since very few of us speak as if we live in an episode of Dawson’s Creek, where the characters say exactly what they are thinking, a naturalistic film has to find other means to convey the truth of a relationship. The truth is rarely, in reality, conveyed through dialogue." [Again, no comments at all on IMDb, so this is from a Hammer to Nail piece by Michael Ryan.] 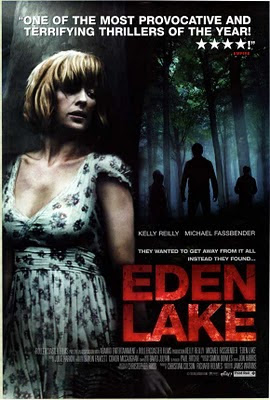 "Now folks, I am not some sissy here, mm-kay? And for some sicko like me to say this movie goes too far is saying a lot. I've [s]een some sick stuff before too, but I felt like this movie goes too far. Now if someone had told me what I am telling you now, I would be excited to see it because that's the type of guy I am and I am hoping you're better then that. :-)" 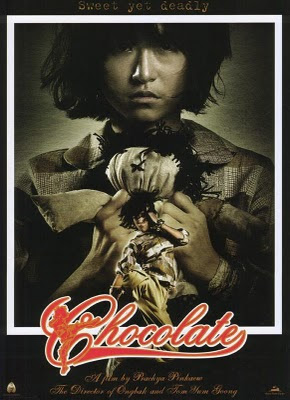 "Anyone who does not enjoy the action in this movie seriously needs to get their pulse checked, or at least schedule for a re-alignment of their action movie tastes. There's nothing more scintillating than watching a cute girl kick the living hell out of hundreds (quite literally) of stuntmen in a variety of environments. Basically, if you're not entertained by this, you're not a fan of action movies. (You probably didn't like So Close or Azumi either, right?) Stop fooling yourself and go watch another Tsai Ming-liang film." 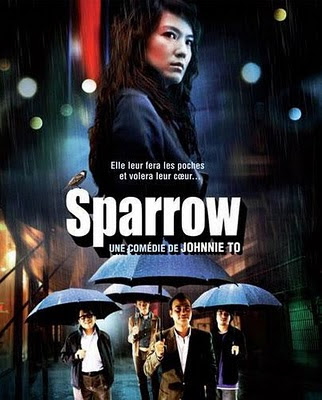 "Somehow, when I walked in to the cinema, I had the impression that this is a movie about Hong Kong in the 50s or 60s. It didn't take long to find out that the setting is contemporary, with cell phones and all that. However, this movie is retro at heart. This is accomplished both through 'hardware' and 'software.' By the former, I mean painstakingly seeking out buildings and scenery that have not changed much from half a [century] ago, and capturing them through shots that painstakingly avoid including the modern buildings in the same frame. By 'software' I mean deliberating using stale comic situations and clumsy laughs that were common in the movies of the 50s and 60s, not because director To is incapable of doing better but because of their retro effect." 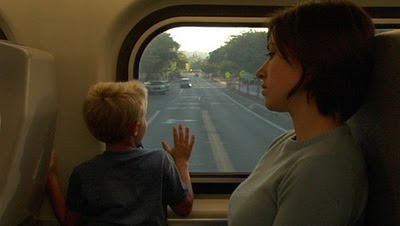 "I met Alejandro Adams at a YBCA screening of Carlos Reygadas' Silent Light and he mentioned to me that he was a filmmaker who had just completed his film Around the Bay and might I be interested in taking a look at it? I was just about to offer my mailing address when he quickly turned to his satchel with an 'I just happen to have…'" [From Twitch review by Michael Guillen, and a fair description of how this film (which I voted for myself) wound up on this list.] 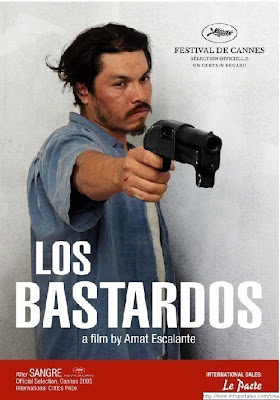 "Perhaps Arizona Governor Jan Brewer watched Los Bastardos before she started spouting off about illegal immigrants beheading good red-blooded Americans whilst corrupting children with pinatas full of wacky tobacky and nose candy. That's one explanation. The other is that she read the poll numbers and knew she needed a big burst of xenophobia if she wanted to keep her job. Whichever may be the case, Los Bastardos is a serious, provocative, and deliberately paced drama about L.A. day laborers Fausto and Jesus (Ruben Sosa and Jesus Moises Rodriguez), and their unfortunate decision to get involved with a suburban crackhead." 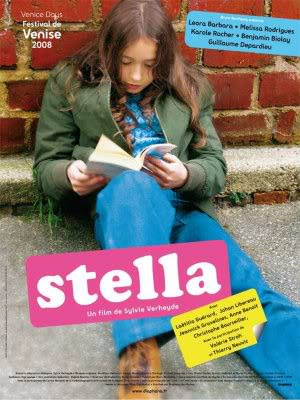 "Verheyde shows a masterly ability to film all these milieus and make them seem like it's just happening and the camera's a fly on the wall. The cinematography by Nicolas Gaurin is light as a feather. This filmmaker creates a turbulent world, yet knows how to stop and let her story breathe. There were many moments that reminded me why I love French cinema." 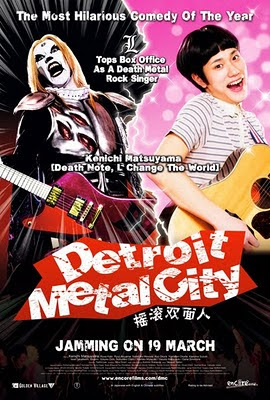 "Matsuyuki Yasuko seemed totally out of place in a bad role, but she was absolutely hot. There were many stupid moments, but I found myself constantly laughing, even at dirty jokes. This film has the magic, there is no other way of explaining it." 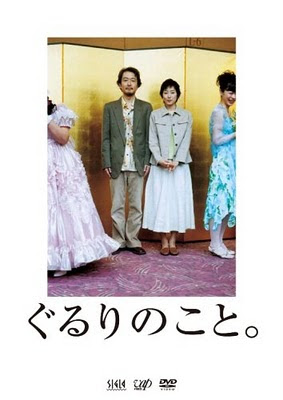 "How do I know this is a wonderful film? I put it on and the next thing I knew was the film was almost half way over. It's [a] film that you fall into, it opens mid-action, and just drags you along. I love to start a film and not be aware that time has passed or that I'm watching a movie. The film just goes and there's no thought of reaching for the remote." 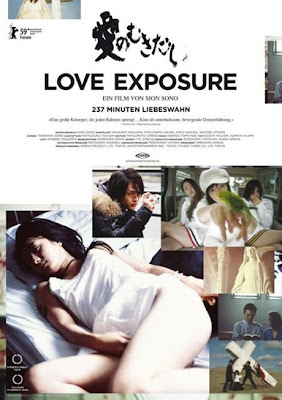 "A false dichotomy containing however a large helping of truth is that with cinema, when you go down either the art-house or mainstream routes, you are opting for either the morbid or the stupid (occasionally both). If that's so, then Love Exposure is an example of the troisième voie that modern exuberant Japanese cinema can be. This film is literally bursting with life and fully sustains the four hour running time. I felt like asking the winds why all cinema wasn't like this when I came out." 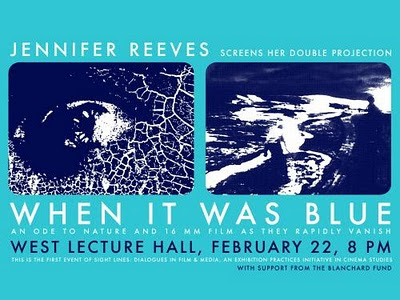 "The first reel I had to get used to the unbelievable density of images, fragments of things recognizable, others a mystery. It was simply too much, I had to close my eyes a few times, and after about twenty minutes, I fell into a microsleep. In the break while the reels were changed I found that my girlfriend experienced the same tiredness. Obviously, the sheer amount of unpredictable images created an overload in our brain." 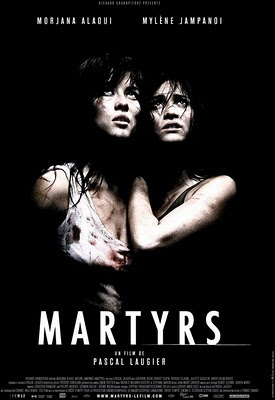 "After watching this movie, you're no longer [interested in a] debate on acting skills, screen play, script, storyline or anything else that might happen once a good movie ends (by all means: all these elements I'd rate "above average" without a doubt)... After seeing this movie you'll have an internal debate about life/death and the way you perceive the world and yourself as [a] human being. I bought the movie directly after seeing it, to never watch it again... I still don't know exactly why that is." 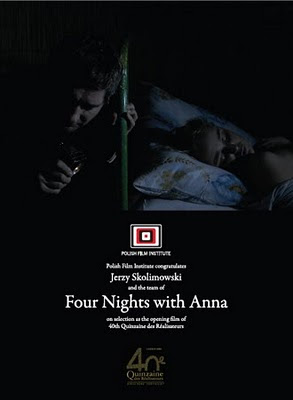 "Also, there is some nice visual symbolism. In a few scenes Okrasa hides in the dark outside of Anna's window. The entire screen is black except for Anna's lit room which seems to be floating in a void: this visually articulates Okrasa's obsession as to him she is the only thing that matters in the world. In another key scene Okrasa is standing in front of a nice calm stream when a dead cow floats by. Like Okrasa, the cow is totally out of place in its environment, he constantly ends up in places he doesn't belong in." 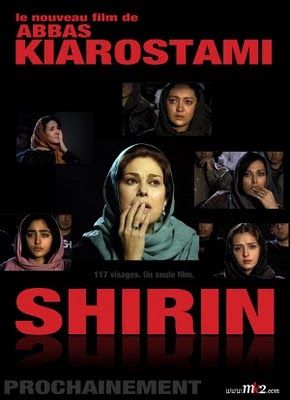 "Filmmakers like David Lynch or early Darren Aronofsky (Pi) have been branded as experimental, extreme, uncommercial. Okay, so their work is occasionally difficult, but at least they know how to reach out to the audience. Abbas Kiarostami's Shirin, on the other hand, gives a new definition to the adjective "experimental", its style being so radical no marketing campaign in the world would be able to endorse it outside a film festival like Venice (which is where I saw the film)." 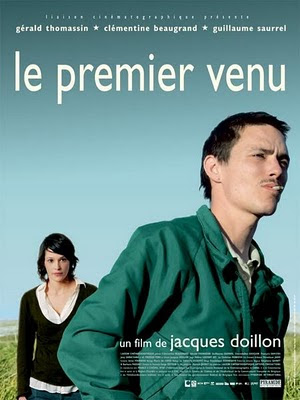 "Just Anybody? Is that the you-almost-raped-me-therefore-I'm-falling-in-love-with-you film? Feh."—Filmbrain, on Twitter.

* (released commercially after the window of eligibility had closed)
Posted by md'a at 7:36 PM

I guess no one else threw tons of points behind the awesome DTV horror film BABYSITTER WANTED. Oh well.

Who else point-bombed the Frank Ross? Good job, bud.