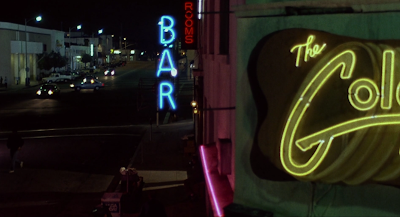 I'll just remind y'all at the top of each month that you should toss me a few bucks (via Paypal link at the top of the main page) if you want to see this viewing journal continue, for reasons previously noted. Only two folks have done so over the past couple weeks, so I'm already dreaming up reasons to scale it back or just chuck it altogether. (Should that happen, any recent contributions will be refunded.) Sorry I don't know how to create an automatic recurring type deal that would save you the hassle (and make it feel less like you're just buying the same thing over and over).

[Late night 2 Aug: One of my two cats just died, suddenly but not really unexpectedly. (He was 15, which is pretty old for a male cat, and had been fading for about a year.) I'm actually in the mood for a sad movie right now to take my mind off it, and I happen to have received An Affair to Remember today, but can't promise I'll be up to writing much for the next little bit.]

Was mostly curious to see the two performances that beat out Giovanna Mezzogiorno and Filippo Timi (both were nominated) in last year's David di Donatello awards. And of course the Italian Oscars turn out to be much like our own, rewarding the comfortably banal over the astonishingly bold. An inoffensive memory piece, with wayward adult son struggling to come to terms with his flighty, hotcha mom in past and present; judging from Virzì's extensive filmography, I'd never previously heard of him because he's Italy's answer to Ron Howard or somebody like that.

Not quite as formally thrilling as it seemed back then...though I'd love to see Wanker do an entire John Woo-style shoot-'em-up in this style, spinning every action sequence into blurry abstraction. And I'd forgotten how much of a Chung King retread it is—it's as if he assembled an entire second film from deleted scenes, many of which feel like they were deleted for good reason. (Takeshi Kaneshiro's presence is particularly problematic in that respect. Pineapple callback is cute but doesn't really mitigate the sense of déjà vu.) To a large extent, the film takes its cue from that oft-repeated song in which a voice intones "'cause I'm cool," which means that I wind up feeling the same detached admiration that I do for anything ostentatiously self-regarding. On the other hand, it is pretty cool, especially when it depicts its characters in vertiginous motion—you have to wonder how many pounds Christopher Doyle lost during this shoot, rushing past the actors from every possible direction. It helps that I find myself unusually responsive at the moment to art films that do something, anything with the camera other than lock it down half a mile away (which may partially explain my fondness for Paolo Sorrentino, universally loathed by the Kosta Krew), even though this predilection is obviously cyclical in nature, a response to aesthetic overkill. I hear that you and your band have sold your guitars and bought turntables. I hear that you and your band have sold your turntables and bought guitars.

Hard to say for sure, but judging from reviews it looks like half of the 40 minutes I watched constituted an extended prologue, which may well tie nicely into the main story but was mostly just irritating on its own, like a Joe movie reconceived as a bad buddy comedy starring the foreign equivalents of Tracy Morgan and Kevin James. And then when the (apparent) narrative proper kicks in, it's more of the same plodding monotony that drove me out of The Forsaken Land six years ago. (I skipped Between Two Worlds.) Also, I know we're supposed to be appalled by those anonymous Kolkata housing projects, but they actually look kind of beautiful to me. American architects: use some damn color!

Tremendous fun until it suddenly decides to get serious, with Hughes attempting to drum up genuine pathos from Cameron's daddy issues. Even before that, though, I kinda feel like the movie is about the wrong person. Ferris doesn't bother me particularly—I don't find him the smug, self-satisfied asshole that some do—but he's a weak protagonist because there's nothing at stake for him except not getting caught, which is why the whole day gets turned into therapy for Cameron. Meanwhile, the ideal flawed hero lurks resentfully in the margins, cracking her knuckles. Jennifer Grey owns every scene in which she appears, and I can't offhand recall a great high-school film that's primarily about someone stewing in the shadow of their more popular sibling; had Ferris Bueller's Day Off been fundamentally about Jeanie (which wouldn't necessarily have even involved changing the title), I think it could have been a small masterpiece, a hilariously poignant portrait of curdled envy gradually overcome. Even in the actual film that got made, the climactic epiphany is hers, not his—all Ferris can do is look at the camera in disbelief. Speaking of which, credit Hughes for making that iffy device work like gangbusters throughout, and also for more visual facility than people recognize; I'd place Cameron walking to and from his house and having a jumping conniption fit about what to do, shot out of focus through the rear windshield of his car, alongside plenty of classic bits from the likes of Tashlin and Tati. Infrequent, admittedly, but still.

Four words: Charlie Sheen, radio astronomer. It's not just that his demeanor doesn't exude scientific curiosity, either—this turn is eminently Razzie-worthy, favoring goggle-eyed looks of fear and horror that would inspire charges of racism if somebody had allowed them from a contemporary African-American. But maybe we're actually seeing Sheen's reactions to the spectacularly moronic script, which in its most hilarious bit posits that a device that disguises aliens as humans would also serve to disguise Sheen as some random Hispanic dude, as if one could wear an entirely different body as easily as a sports jacket. (Yes, you can invent whatever technology you like in a story like this, but there's implausible and then there's just plain retarded.) Twohy worked hard to play fair in A Perfect Getaway, but he flat-out cheats here—there's no possible justification for the shot of the kid taping the note to Grandma on the door save deliberate audience misdirection. Frankly, I'd just let these aliens go about their nefarious terraforming business, since they're clearly incompetent. "We'd best spend years keeping a close eye on that renegade astronomer with the tacky goatee just in case he stumbles onto our signal, so we can then, oh, hmm, what could we as a vastly superior intelligence manage...maybe drop a bathtub on his head? Or something? Scorpions are poisonous to humans, aren't they? Do we have any scorpions? Anyone remember where scorpions live? Come on, who was assigned venomous fauna?"

Same basic problem I had with Love Affair '39: Her behavior post-accident seems absurdly, selfishly vain bordering on actively cruel, whereas McCarey clearly finds it deeply romantic. The whole he-mustn't-know thing is inexplicable to me, even adjusting for the period ('94 version stuck with it as well, incredibly, judging from reviews)—however much you don't want to burden the dude, isn't implying that you no longer care a thousand times worse? Consequently, I watch the second half of both films with mounting exasperation, exacerbated in this case by some pretty saccharine interludes involving the precious moppets Terry's teaching to sing. Shipbound half, on the other hand, mostly works, thanks to snappy banter and strong performances (though Cary Grant's tan should really get separate billing and its own trailer). McCarey's touch sometimes seems oddly leaden even there, though; the scene in which Nickie and Terry are seated back-to-back in the restaurant and must endure the tinny, fake-raucous, wholly unbelievable laughter of fellow diners plays like bad sitcom material, both in conception and in execution. Chapel scene gets so much weight that I looked hard for a religious subtext, but I can't say I found much. (Admittedly I'm not the target audience for that.) All in all, I was largely unmoved, but in fairness I should note that I watched this movie just a few hours after a beloved pet suddenly died. However badly I craved distraction, I may not have been in the most receptive mood for something this serious.

Foolishly dismissed this at the time as an overly romanticized self-portrait, and then somehow managed to further misremember it as grim and serious, so imagine my surprise to find that it's actually the flophouse version of a screwball comedy. Rourke's Chinaski may only vaguely resemble Bukowski, but it's a gloriously daffy performance (albeit inadvertently poignant now in the way its foreshadows his own dissolution); he adapts his soft-spoken sleepy boy shtick into an air of genial bewilderment, as if perpetually surprised to still be alive and conscious. And Schroeder, who hadn't yet gone Hollywood, ducks sentimentality at every turn—it takes expert tonal control to depict the protagonist getting beaten over the head by his girl until he lies motionless in a spreading pool of his own blood and have the scene play as both realistic and hilarious. Granted, the "subplot" (kind of a meaningless term in a plotless movie) involving Alice Krige as slumming privilege skews a little schematic-didactic, but it's barely even a speedbump, and an eminently forgivable one given that it climaxes in a ludicrous full-blown catfight. (Dunaway looks too glam even when deglammed but is admirably unconcerned with appearing sympathetic—it's committed, unshowy work.) Plus is it just me or did Robby Müller light the bejesus out of this sucker? The repeated effect of a barroom door suddenly opening and flooding the room with natural photons (often in a scene that you'd assumed was set in the middle of the night) is never less than Kansas-to-Oz breathtaking. Along with Hal Hartley's Trust, one of the major rediscoveries of my second run at the canon, and confirmation that I need to rewatch pretty much everything of note.

Barfly has some memorable quotes, too. My favorite is Rourke's response when asked by Dunaway if he hates people: "No, but I seem to feel better when they're not around."

witherholly said...
This comment has been removed by the author.
9:24 PM

Probably best to keep a stiff upper lip, Mike, "suddenly but not really unexpectedly" is the best possible way to describe a death. 15 is a long life, his sister's will be even longer, but he WAS the more interactive one. How's she holding up?