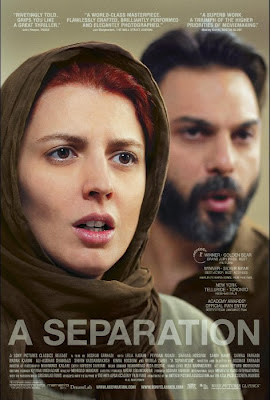 Winding Refn makes his first appearance in Director, though he's had a number of eligible films.

In addition to his previous Supporting "nomination" for Revolutionary Road (see below), Shannon has placed twice in the lead category, at #8 (Bug, 2007) and #17 (Shotgun Stories, 2008). Plummer gets his first nod since 1999, when he placed 11th in Supporting for The Insider. The women are new.

As noted below, Lonergan won Screenplay in 2000 for You Can Count on Me. He now becomes the first person ever to amass 500 points and still not win.

Seriously, Brooks over Pitt? The scene where he receives the news of his son alone is maybe the best acting he has ever done, and one of this year's finest moments for an actor.

But really glad for Malick winning both movie and director, and Moadi for leading actor.

I don't either, to be honest. Was excited by him the first time, but when I watched the film again (just days later, still at Cannes) I realized he isn't really doing anything terribly exciting; it's more a brilliantly offbeat casting choice than a brilliant performance. No points from me. But then I didn't vote for Pitt, either—he was solid, but Tree of Life's impressionistic whirlwind doesn't really allow for great acting imo. Reilly was my man in this category.

Oh, I completely and totally disagree with that. Case in counterpoint: every college experimental short with amateur actors you've ever seen. Or if that be unfair, 2001, where the acting is awful (deliberately and for an effect, but still awful). Giving a great performance in this sort of film requires a different sort of acting, and one that relies more on presence and assurance than voice or histrionics. And it requires even more flair for the minor-but-more-telling-than-it-seems gesture.

Agreed. While Jeannie knocked me out on the first viewing, each subsequent viewing (all three of them) made what she'd done in the role seem less impressive.

J., on the other hand, wowed me more each time out. She and Paquin reach down deep and demonstrate insane range.

Oh, I completely and totally disagree with that. Case in counterpoint: every college experimental short with amateur actors you've ever seen. Or if that be unfair, 2001, where the acting is awful (deliberately and for an effect, but still awful).

I don't see any point of comparison with 2001, which is hardly an impressionistic whirlwind.

I'm not saying Pitt (and Chastain, and McCracken) aren't clearly better than some amateurs in some student film. They do fine work. But are they given the opportunity to excel in the way that actors in a more conventional film are? Not to my eyes. (That's not a knock on the film in any way, incidentally—my issues with ToL have to do entirely with the limited degree to which it does strive to create "characters.")

It is exactly this absence of conventional characters that gives so much power for Tree; this "impressionistic whirlwind" greatly enhances the figurative force of everything the narrative stands for. In the matter of fact, my only objection - if I can even call it that - with the movie is that its length works the opposite way.

But it is comforting that people can value anything so distinctively .

Yes. Again, it's in no way a knock on the film to suggest that it features no outstanding performances (as distinct from "ideal performances for this context"). That's not what it's about.