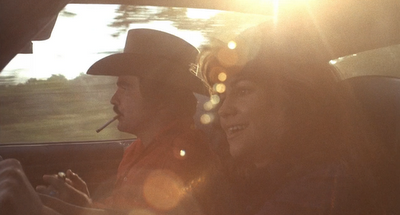 [Somehow I forgot when I began this week's journal in Standard Mode that Father's Day was coming up and I was gonna be out of town for four days. Switching formats mid-stream pains me but I'll never catch up if I don't, so here's the rest à la capsule.]
Posted by md'a at 1:17 AM

Re SMOKEY AND THE BANDIT, I sort of liked Mike Henry's willingness to play comic-dumb as Gleason's son a la Clint Walker's Texas Ranger turn in Hy Averback's THE GREAT BANK ROBBERY (1969).

It is clearly pummel-all-my-favorite-movies month at TMWVTM --
PROMETHEUS, JUMP ST, and DECLARATION OF WAR are all on my running top ten list for 2012.

Also, I would give my eyeteeth, once I figure out which those are, for a movie scene in which the parent actually does what the doctor/cop/other authority figure says rather than pull that whole I-care-too-much-to-submit-to-bureaucracy-NOW-ANSWER-ME! routine.

because I independently had the thought that DECLARATION OF WAR was actually precisely that movie: yes, you do get the moment where she bursts in to interrogate the radiologist, but apart from that the dominant theme is that the doctors are competent and the protagonists listen to them. (I adore the two scenes with the coughing pediatrician toward the beginning -- Best Supporting Actress Skandie please.) There is even a scene, which you probably didn't get to, where Romeo lectures Juliette on "not outsmarting the doctors."

As far as I can tell that's every month. The only films I liked on your 2011 top ten list are Martha Marcy May Marlene and Weekend (the latter mildly). I walked out of two others and turned a third off after I think 20 minutes of an awards-screener sample. Our tastes aren't very similar.

the dominant theme is that the doctors are competent and the protagonists listen to them.

The doctors' competence doesn't enter into it. My complaint isn't that most films are Mr. Lazarescu; it's that any film involving a loved one who's desperately ill seeks to establish how much the protag cares by having him/her refuse to abide by society's rules. It's a cliché. Once that scene happens, things can proceed in any direction, but the initial reaction is always FUCK YOUR RULES THAT'S MY GODDAMN SON!!!

Another dumb moment in Declaration comes when Juliette tells the neurologist "I want the best brain surgeon for my son." Duh, lady.

WORDS THAT HAVE NEVER BEEN SPOKEN EVER:

Doctor: Your son has a brain tumor.
Parent: I want a moderately competent brain surgeon for my son.