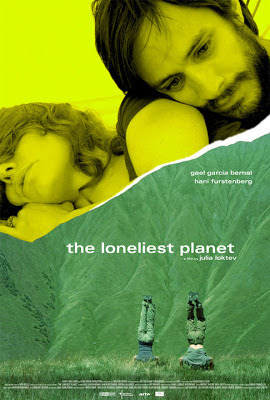 Bigelow placed 2nd in 2009 for The Hurt Locker, even though the film itself only placed at #8. Disjuncture not quite so dramatic this time.

DiCaprio makes his first appearance in Supporting (also his first for a non-Scorsese picture) and his fourth overall; he previously placed 9th for The Aviator (2004), 2nd for The Departed (2006), and 8th for Shutter Island (2010). Scob came in at #10 in the same category for Summer Hours three years ago. Markina and Danielsen Lie are new.

Do you mean Loneliest Planet? Much too low, and it was actually in the top five until the very last ballot came in.

Shut up in advance thanksbud.

I do mean Loneliest Planet, my fave of last year. Nice to see it in the top te, albeit too low. Final-ballot caster, you blew it.

Good job last ballotteer. This film is the ok but flawed (and I like it better than thanksbud and believe this is probably the right spot for it in a movie nerd pole).

Exactly. What could possibly be said? "Honey, I'm sorry I failed the sudden, unanticipated, character-revealing SPOILER test that life arbitrarily threw at me. I'll try to do better next time, honest."

"I dunno, I'm going to have to think it over. But considering we're in the mountains in a foreign country, let's keep hiking so we don't run out of supplies or get marooned here or something."

"OK, sounds good. You don't have to talk to me if you don't want to. I'll totally understand."

That could totally have been a cut scene from this movie, with the rest of the movie remaining untouched.

This movie is so awesome.

What about "Miss Bala is powerfully subversive."

I backed that up with numerous specific examples from the movie. Your argument amounts to "But I would say something."

So who's left for Actor?

I was seriously considering "A Bad Playwright Writes Scenes for The Loneliest Planet" for a Letterboxd review, but now I pretty much don't have to.

Gael García Bernal and Jamie Foxx already showed up, at #18 and #17 respectively.

Sean Penn in THIS MUST BE THE PLACE and the kid who at some points in his movie has a bike are two of the holdouts I'm noticing. Or if the KILLER JOE contingent thinks Matthew McConaughey is the lead, then maybe him.

I'm guessing Phoenix over DDL for the #2.

And obviously those top 3 are why these other Best Actors have so few points. Everyone just bombed Lavant, Phoenix, and DDL -- and for good reason. They're the fucking best. (I thought Denzel was awesome too, but in the minority in thinking this year had a top 4 and not a top 3).

Trintignant obviously great too but suffered (through no fault of his own) by not being the best performance in the film.

Just curious, it wasn't my 2:05 Loneliest Planet-less ballot that closed out the voting, was it?

No. Froilan filing from wherever he is these days.

Perhaps Sean William Scott will place for his amazing performance in Goon?

Nice to know Froilan is out there.

Hey, Froilan. What up, dog.