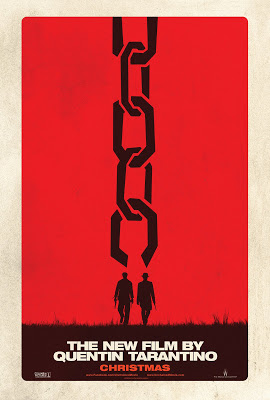 Loktev placed 15th in 2007 for Day Night Day Night, despite the film's (embarrassing) failure to place in Best Picture.

Davies' screenplay for The House of Mirth (2000) placed a smidge higher at #8.

Even though I didn't vote for it, it's great to see the Molly Malone scene place in the top 10. Truly elegant filmmaking.

I'd like to note that both actresses have roles involving complicated relationships with chicken.

Mike Lee, director of Career Girls has made some remarkable predictions, but his belief that the new Tarantino movie would (initially) miss the top 20 altogether or (later) just squeak into the top 10 with 9 votes is charmingly naive. Reminds me of a friend who proclaimed at TIFF '01 that the enthusiasm for Memento would never make it out of Canada.

I wish both Mike Lee, director of Career Girls and that friend had been correct.

You call it charmingly naive. I call it wishful thinking. Six of one, etc.

It's great to see Clarke Peters and Scoot McNairy place here. They were my top choices in their respective categories, although I had McNairy as Lead and Peters as Supporting, which goes to demonstrate how fuzzy these distinctions can be.

A question for Mike Lee:

True, Caesar Must Die is a pretty good film, and a solid return for the Bros. Taviani. But how could your jury justify giving it the Golden Bear over Tabu, Barbara, or even Sister? Sorry to put you on the spot, but as long as you're here...

Scoot's appearance made me realize that Argo hasn't placed in the Top 20s yet and surely has a strong chance of finishing 0-for-160 for the year. If Argo fulfills the CW-of-the-week and wins Best Picture at the Oscars, it could join Crash and Slumdog as the only BP winners since 1996 to miss the Skandie Top 20s in every category. Them's the brakes, sure, but it's harsh potential company for a film whose greatest sin was being highly competent across the board without being spectacular on any single front.

Alas, Wim, my fervent defense of Jayne Mansfield's Car got me nowhere with the rest of the jury. Gyllenhaal, Corbijn, and Ozon were big on Caesar, and they eventually got Gainsbourg and Sukowa to vote for it as well, with the caveat that Petzold get best director for Barbara (which I was okay with). I at least forced the jury to give Tabu whatever that Alfred Bauer prize is; they were like, uh, okay, whatever.

(Also, if I'd had a Skandies vote, I would have given the opening scene of Argo plenty of points.)

Good job few people who actually subjected themselves to Red Hook Summer voting for Peters. I do not think it is possible to see this picture and not vote for him.

I look forward to the 8 women who placed higher than Michelle Williams (several of whom I no doubt allotted some points) and rolling my eyes in disdain that they got more acclaim than Williams.

I think she's a victim of having already been great too often. People are starting to take her for granted, which is ridiculous. That TTW performance is solid gold with miracle wrapping.

I for one didn't vote for Ms. Williams because I didn't see the movie. (Tried, the first ten minutes were awful.)

I thought Michelle Williams was awful in the 30 or 40 minutes of that terrible movie that I could stomach. And she's normally one of my favorite actresses. Does she improve later in the film, or is it the same quirkily awkward attempt at quirky awkwardness throughout?

I adore Michelle WIlliams and have voted for her often. But she was just insufferable in that movie. The role and performance was such a turn off that it made me question whether I was actually straight. Maybe women aren't that interesting after all. But then that rickshaw artist dude was introduced and then Seth Rogan tried to be dramatic and I realized that dudes suck even worse.

Add me to the W/O crowd for TAKE THIS WALTZ. Not even sure I made it 10 minutes. Was thinking I was just in the wrong mood and would need to take another run at it sometime, but somewhat happy to have others validate my initial distaste.

I dunno guys... I defy anyone to find a better-acted scene of nothing-but-reaction-shots than the "Tell me what you'd do to me" cafe scene in TTW. She has no lines during his speech but wins the moment.

Unlike some other movies, this one doesn't get any better than the first act so if you hated it from jump you won't like the rest of it. It had me in its spell right away though. I don't mind twee, I guess. Maybe I WAS in the right mood.