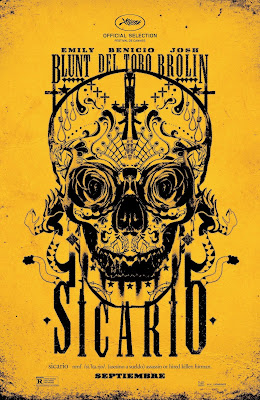 Mitchell didn't make the cut for The Myth of the American Sleepover.

Zahler's screenplay for Asylum Blackout did not place, shockingly.
Posted by md'a at 7:14 AM

Bone Tomahawk got me to look up Zahler's novels on Amazon, but at least in Japan, the prices are nuts.

Gosh, I have to say I anticipated a higher finish for this one. I suppose Duke of Burgundy will be this year's standard bearer for the mythic

For the life of me, I cannot understand any love for Matt Damon or the Martian generally. Just one cringe-worthy joke after another.

I was really hoping Rose Byrne would make the top 10. I'm guessing SPY was a little underseen by the AVB.

I love Rose Byrne -- thought she was amazing in Bridesmaids and great in Neighbors. But she didn't get any points from me for Spy because there were so many other good supporting actresses this year. (But I did give Statham 13 points; he was my favorite aspect of the film).

(I'm guessing the "Drift Away" scene's poignancy depends on context?)

I for one am truly enjoying Rose Byrne's post-2010 hard swerve into comedy.

"Drift Away" scene is all about context, yes. It's an exuberant display of affection from Streep for a gracious act of generosity and love and selflessness from Rick Springfield, and the recognition of that act as well as the spontaneous eruption of musical joy is the film's emotional highlight and one of the great moments of pure cinematic optimism and warmth in 2015.

Alex -- yeah, she was not good at all on Damages (and forgettable in Sunshine), so it seems she really found her calling with comedy.