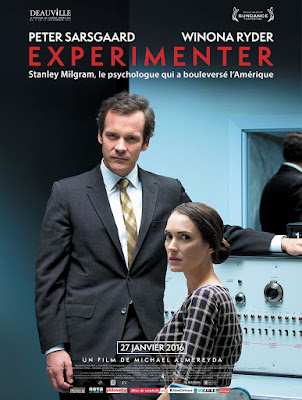 From what I can tell, every scene from Carol is online except this one.

This is Petzold's first appearance, though his contribution to the Dreileben triptych won the Undies two years ago.

All the actors are new.

Miller's screenplay for Babe: Pig in the City (written with Judy Morris and Mark Lamprell) placed 18th in 1998. First writing credit for both McCarthy and Lathouris.
Posted by md'a at 8:25 AM

I dunno, I had real trouble filling in my Supp. Actress ballot and D'Anna would've been super-helpful - but how can she be Supporting? It takes two to have a mutually fulfilling yet increasingly dysfunctional relationship. You're in denial, AVB.

Yeah, that's kinda wack. Only Don voted for her in Actress. (And despite being The Duke of Burgundy's foremost fan, I'm surprised to see her in either category, as I'd call her the film's weakest link.)

D'Anna in Supporting is FAR more wack a placement than Eazy-E. (I shortlisted her, but only gave points to Knudsen, who pulls off a much more demanding role.)

Just had that moment (speaking of Supp. Actress) when you realise you left out a deserving candidate who almost certainly didn't get any recognition from anyone else either: Lin Shaye in INSIDIOUS: CHAPTER 3! Sorry, I just had to share that somewhere.

I'm with Mike. Giving D'Anna points at all is more wack than whatever category you put her in (and I'd put her in lead). I gave a lot of points to Knudsen and I like DoB a lot, but D'Anna is pretty bad. Not only does she get blown off the screen by Knudsen in every scene (and it has nothing to do with the S&M roles they play IMO) but just shots of her trying to be a person fail. That performance struck me as total amateur night in Dixie, just bad and clumsy and not in any way on purpose. It was one of the big things about that movie that kept me from rating it even higher, but I guess I'm not surprised many people who love the movie just carry D'Anna along on their wave of support.