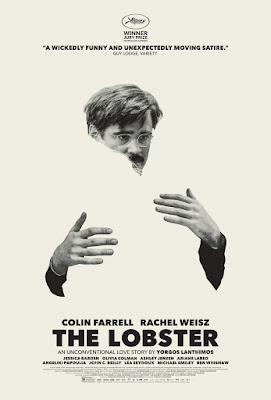 (This scene benefitted heavily from the category being crowdsourced on Twitter hours before the deadline.)

This is Malick's first failure to score a "nomination" (top five). He's previously won Best Director twice (The New World, 2005; The Tree of Life, 2011), placed 4th for The Thin Red Line (1998), and placed 5th for To the Wonder (2013). (And of course Voyage of Time is his first outright whiff, albeit with a bit of an asterisk given its negligible release.)

How wrong is it, on a scale of 0 to Wrong, to say that Barbieri seemed to have some sort of speech impediment? Or is that what people sound like in deepest Brooklyn? (I also thought his performance was stilted, but I bow to the higher wisdom of the AVB.)

This was actually my No. 12 scene, but I had Sacha Baron Cohen in the top 10 and figured one blast of silly comedy was enough.

I did not no about any Twatter outsourcing when voting for this clearly awesome seen.