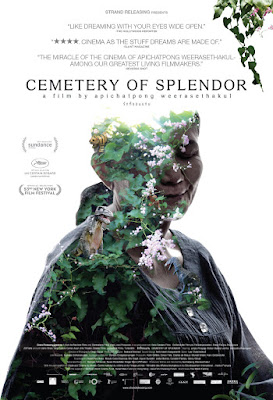 So I screwed this up, gang. The way it works is: Everyone submits scene votes with variant descriptions of their own, and then I alter some of the descriptions. That way, all votes for the same scene are identically described, allowing the software to compile them. However, this relies on my correctly identifying which votes are for the same scene and which aren't. When in doubt, I ask people*, but sometimes I just misremember. In this case, I conflated two separate scenes from a particular film, adding them together, which put one of the scenes (the one that three of the four people in question had voted for) at #17. Didn't realize my mistake until I started putting the video together. With the errant vote converted back to the other scene, what I'd thought was #17 dropped down to #25. Which means that yesterday's Remember scene is actually #17, the Witch scene is actually #18, and the Hell or High Water scene is actually #19. And #20 winds up being a tie between the two scenes noted above. (I've embedded only the Zootopia scene. Sorry Caleb fans.)

* Though I don't bother asking unless the answer is germane. If summing the potential points would still leave a scene shy of the top 20, it doesn't really matter. But if you should see, once the complete results are posted, separate votes for what's actually the same scene, feel free to let me know and I'll fix it for the record.

Mendonça Filho placed one pip higher, at #16, for Neighboring Sounds in 2012.

The system favoring passion benefited Ms. Squires, who finishes ahead of e.g. Naomie Harris despite getting only two votes to Harris' six. Those two voters were blown away.