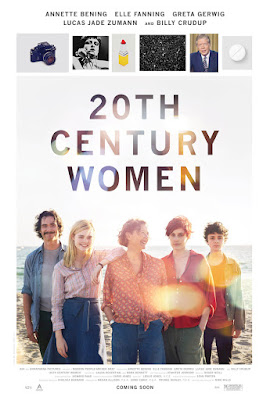 (Not really sure what's going on with all the jarring edits in this clip. Was the scene originally intercut with something else? I haven't seen the film. Anyway, hopefully it doesn't exceed the 20-minute maximum in its original form.)

The Witch is Eggers' feature debut.

Inexplicably, Sheridan's screenplay for Sicario did not place, receiving only three votes (including mine). Not sure why y'all think this script is so superior, especially considering that (SPOILER!) Hell or High Water didn't even make the cut in Best Picture (whereas Sicario finished 12th).
Posted by md'a at 12:04 PM

I did not expect a top 20 appearance for Elmer Bäck, much less a top 10 finish. Nice work with the Passiondex, Victor, and other three voters.

Only five voters saw Eisenstein in Guanajuato. Bäck got points from all of them.

Good job 5 others for Passiondexing 20CW also. Bäck may have averaged 13 points per voter but the people who gave the Mills film points gave it an average of 20. I was afraid this film wouldn't make the top 20 and decided if I didn't see it by 9 or 8 I'd give up. Luckily, fellow Skandiesies know what's up. Faith not lost.

BTW, Mike, I'm among the people who loved SICARIO (was #3 for me that year) but didn't give Sheridan points for it. Perhaps I was wrong but it seemed the script wasn't nearly one of its best elements. Some of the dialogue was clunky and it did a bad job of developing characters. I loved it because of Villeneuve's grip on tone and tension, Del Toro's and Blunt's performances, and the jaw-dropping Deakins photography. HELL OR HIGH WATER, on the other hand, gets 8 points from me this year because the story is told quite well and without much awkward exposition -- and all 4 characters feel developed from the page. Some of the economic preaching is a little heavy handed still, but I overlooked it.

Good job McCloud. I did not see that coming.

I actually expected 20CW to be much higher based on Crix Pix results.

m'da - I know you're pretty dogmatic about the title of a film being whatever it says on the title card, so I'm wondering why you go with "The Witch" instead of "The VVitch"? Just because the latter is dumb?

The dialogue in SICARIO is admittedly clunky in parts, but as I said to a friend who voiced the same complaints, the greatness of the film is in its unconventional structure and smart genre reworking, which is all Sheridan.

I'm wondering why you go with "The Witch" instead of "The VVitch"?

Because that version of the "W" is archaic. For the same reason, in other words, that I'd ignore the medial 's' if that were employed in a title. It happens to be easier to type "VV," but that doesn't really matter in my opinion.

(Speaking of anal-retentive title issues, I am removing the colon from John Wick Chapter 2 after seeing the film. It's present on the poster's credit text, which is my default when the onscreen title is ambiguous, e.g. "John Wick" on one line and "Chapter 2" below it. However, the film shows the title three times: once at the beginning, once at the end, and then a third time at the very very end of the credits. And the third time all four words are on the same line, with no colon: John Wick Chapter 2. So that's binding in my book. Get it. Book. Binding. Anyway.)

@unknown -- 20CW didn't really do that great in CrixPix: only 6 PROs (prob the same 6 who gave it points here) whereas MANCHESTER got 17 PROs, and films like MOONLIGHT and TONI ERDMANN got 11.

I can't imagine having seen EISENSTEIN IN GUANAJUATO and not at least putting Bäck on one's shortlist. He's in a Greenaway picture and manages to create a funny, likable human-being (two adjectives and a noun that rarely apply in PG's movies).