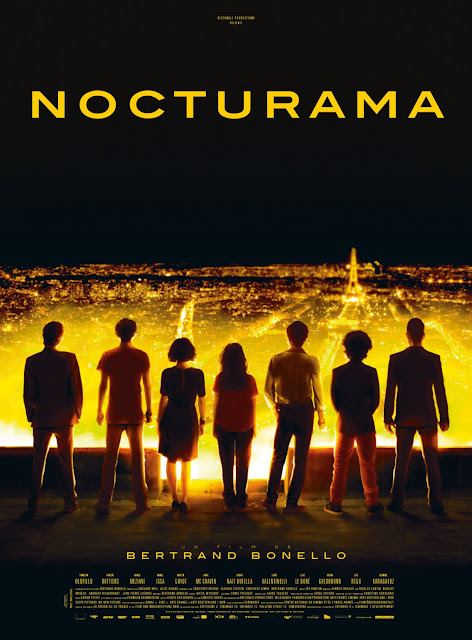 I told several people weeks before the deadline that Nocturama and Phantom Thread were the only possible winners this year, and that it was basically a toss-up between the two. They wound up exactly tied for 1st in average rating (3.46), but Nocturama won by a solid 34 points. Phantom Thread's late-December platform release put it at a slight disadvantage, as several voters weren't able to see it before the deadline (off the top of my head, I can think of Theo, Noel, and Waz), but a couple of them have seen it since and were only mildly enthused, so I think it ultimately made no difference. 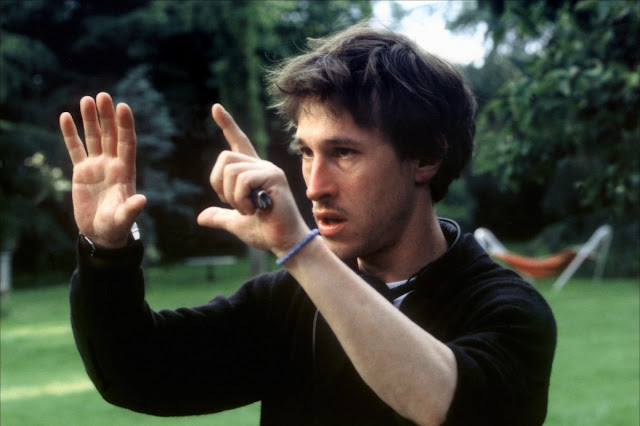 Only our second French winner, surprisingly (after Leos Carax). 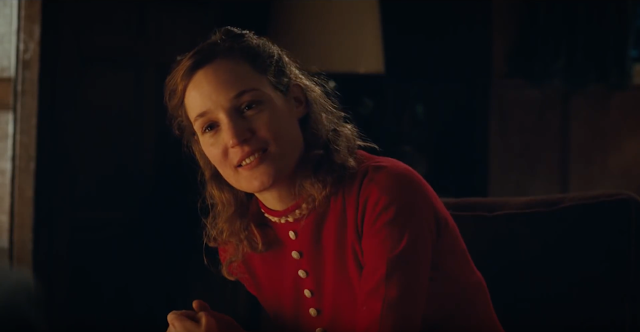 Brownie points to Theo, who interviewed Krieps almost three years ago, well before she was cast. 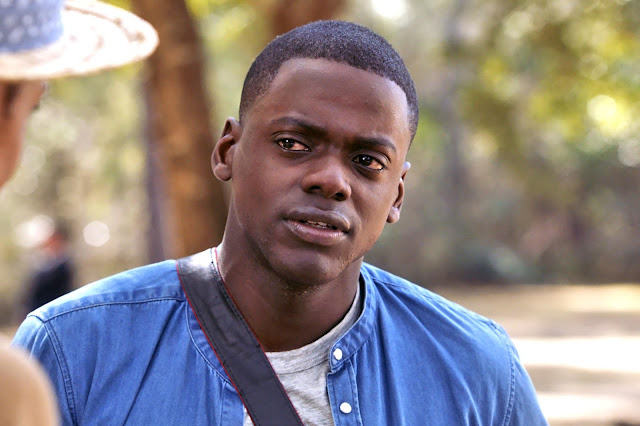 As noted below, Kaluuya and Day-Lewis were exactly tied with 268 points apiece; Kaluuya prevailed by getting two more votes. Officially the survey's closest-ever finish.

When was the last time both the Actress and Actor winners were first-timers, I wonder? [Checks.] Looks like 2011, Anna Paquin and Peyman Moaadi. 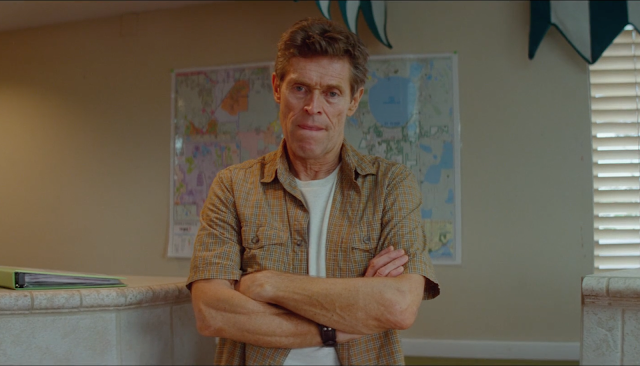 Keoghan put up a good fight, but Bobby's sheer likability won out. 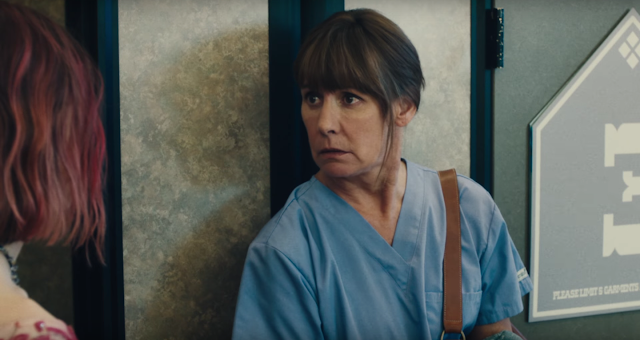 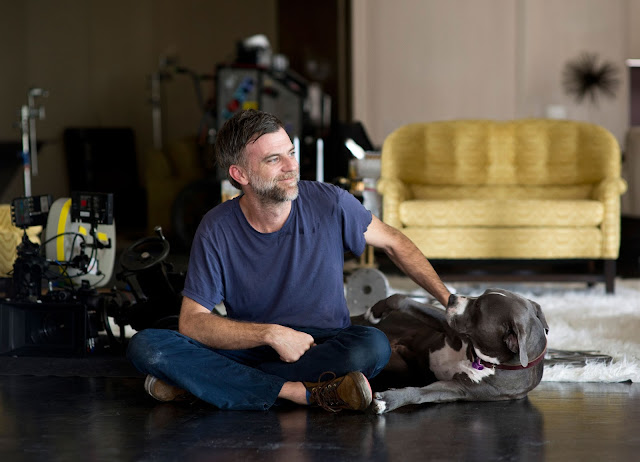 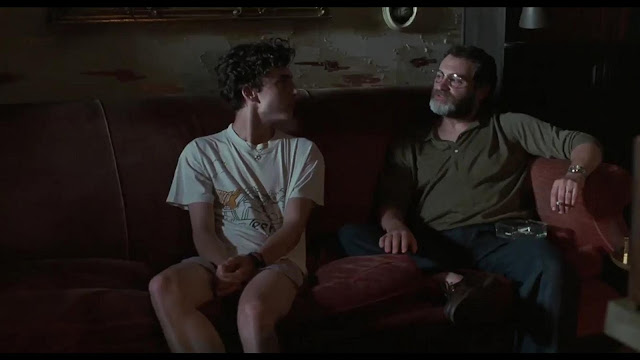 Complete results available here. Thanks to all voters, and especially to Mark Pittillo for programming the automated ballot and maintaining the website. The big post-mortem will be up in the next day or two.
Posted by md'a at 11:13 AM

Glad to see Krieps getting the love she deserves here after being strangely overlooked by the Academy.

I had a feeling the top scene would go to CALL ME BY YOUR NAME, but I wasn't sure weather it'd be the "Fatherly Advice" scene, or the infamous "Soiled Peach" scene -- both equally worthy, in my opinion.

Also -- the skandies.org list for 2017 shows PERSONAL SHOPPER at #8 instead of #5, perhaps a vote was missed?

Its the D'Angelo affect

We're fixing that now. Turns out one voter (Froilan, who's I think in Singapore? somewhere distant, anyway) submitted his ballot after the deadline, and Mark didn't notice until his results showed up when the site went live. We've confirmed via logs that he was several hours late, so those votes (only in Picture and Director) are being nixed, though his star ratings will remain (I've allowed that in the past). This pains me since he would have landed The Killing of a Sacred Deer at #20 and mother! at #5, but create a provisionary ballot you dinguses.

(To be clear, the results shown here are correct. I was working from a snapshot of the results taken at the moment of the deadline, which did not include Froilan's ballot. It's only the site that's slightly off, and only Picture and Director. I'm told it'll be fixed within the hour.)

(Also, I'm pretty sure C. Mason Wells saw more than one film. For some reason he only submitted one rating, for 4 Days in France.)

I don't wanna sound like an asshole but maybe just don't be too stingy about the deadline? At least considering that one of your voters lives in Singapore or thereabouts... Don't you want mother! to be in the top five? ;)

Too late now, making allowances would be unfair to voters who've had their ballots rejected in past years. Also, there is no excuse for being late because YOU CAN CREATE A BALLOT WEEKS IN ADVANCE OF THE FUCKING DEADLINE WHICH I URGE EVERYONE TO DO AND THEN IF ANYTHING GOES WRONG WE USE THAT PROVISIONARY BALLOT.

And I am just now realizing THE KILLING OF A SACRED DEER did not make the Top 20 for Best Picture which is (1) funny considering it placed in The Top 20 for Director, Actor, Supporting Actor, and Supporting Actress, and (2) sad because I thought it was Lanthimos's best film yet. Oh, phooey.

I'm also mildly frightened that I may have underrated PERSONAL SHOPPER now. I liked it well enough, but the immense love it's gotten here has me thinking I need to take another look. I loved everything about it except the overly extended texting sequence... (Which lasts for a really, really long time.)

Good job left-wing AVB for not voting for Pie. I was worried it was going to be top 2. Buzzard spaghetti > Ghost pie imo.

I think the only real double-take surprise for me when taking into account all the ballots and scores is the lack of love for the throne room battle in LAST JEDI. The movie didn't totally blow me away or anything, but that seemed like easily one of the best action scenes in anything all year and I figured the combination of Rian lovers, Star Wars fanboys, and sheer number of eyeballs from voters on that movie would have resulted in more than just 14 points *total* from me and two other voters. Like, I don't get all the LADY BIRD love but at least I knew it was coming. The shrugging at that exhilarating action sequence... really surprising.

Thanks to everyone, fellow AVB-ers, and to Mike & Mark for their respective wrangling roles.

Awesome work as always Mike/Mark. Always a fun time of year, even if I think you're all wack voting for Nocturama.

And if Froilan is now in Singapore just after I left, that would be a bit annoying. (Though I think he's in KL...)