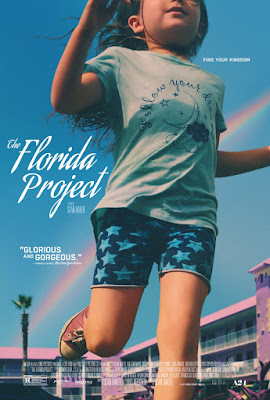 [Spoiler alert, I suppose. It's the ending. Also this is a good example of a scene I didn't vote for because it doesn't "play" out of context—on its own, stripped of irony, it looks like a DisneyWorld commercial.]

The Safdies placed 19th two years ago for Heaven Knows What.

Two big favorites today, so forgive this giant block of text. McDormand can't get a Skandie break when it comes to her Oscar-winning performances (presumed, at this writing, for Three Billboards); she managed "only"a 3rd-place finish in 1996 as Fargo's Marge Gunderson, behind winner Emily Watson and runner-up Brenda Blethyn. However, this is her eighth career appearance, with the other six nods all in Supporting: 4th for Almost Famous (2000), 17th for Wonder Boys (also 2000), 8th for The Man Who Wasn't There (2001), 17th for Burn After Reading (2008), 15th for Moonrise Kingdom (2012), and 19th for a movie that you probably forgot even exists, Promised Land (also 2012). Fassbender likewise shows up for the eighth time (in just nine years!), having previously placed 5th for Hunger (2009), 14th in Supporting for Inglourious Basterds (also 2009), 12th in Supporting for Fish Tank (2010), 5th again for Shame (2011), 3rd in Supporting for 12 Years a Slave (2013), 16th in Supporting for Frank (2014), and 5th yet again for Steve Jobs (2015). Bang and Gabriel are new.

Farhadi won Screenplay for A Separation (2011)—beating Kenneth Lonergan by over 100 points, even though Margaret's screenplay got over 500 points itself; Kiarostami's 266 points in distant 3rd place would have handily been enough to win this year (there were a few more voters that year, but still)—and also previously placed 8th for The Past (2013).
Posted by md'a at 10:51 AM

Excellent job, 11 other Bang voters. Even the film's detractors must admit that guy was really good.

Also, I'm just now starting to think I'm the only voter who gave The Supporting Actor points to Bashir Salahuddin in SNATCHED. This would be shocking if he didn't place in the top ten. Shocking I tell you. What is wrong with people nowadays in my opinion.

You have wildly overestimated how many people even saw Snatched.

I’m still baffled by your preference for scenes that play better out of context.

That was the original stated intention of the category, which was inspired by an annual movie clip party that a friend of mine hosts. Not scenes that play better out of context, but that at least make sense out of context. If you showed this clip to someone who hasn't seen The Florida Project, they would have no idea why anyone would consider it great. I was looking for stuff that's self-evidently great (e.g. tomorrow's scene). But I don't enforce that in any way.

There is a movie called SNATCHED?

Did you guys think I was serious? Obviously I'd be the only person who gave points to Salahuddin. I watched that movie on a plane and forgot about it by the time I landed, except for that one great supporting turn. But I keep having to look up his name because... who?

I didn't vote for this seen as I agree with Mike, but man did it work for me.

This seen plays out of context in my opinion. Anyone would get the jist of what is going on. It does not pack the same wallop if you have not scene the whole picture, but that is true of any seen. Also it would be the weirdest and most awesome DisneyWorld commercial ever. A better example of what D'Angelista is talking about is when people voted for the end of The Straight Story. That was dumb on account you really need to have witnessed the journey leading up to it for it to be anything other then two old dudes on a porch.