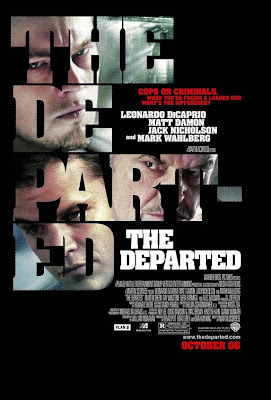 Yes, even the Skandies crew, who've previously awarded Best Actress to folks like Victoire Thivisol (Ponette), Christina Ricci (Buffalo '66), Reese Witherspoon (Election), and Sibel Kekilli (Head-On), could not stop the Mirren juggernaut. However, I am proud of us for getting Ms. Mol within striking range—indeed, she was a few points ahead at the point when the online ballot failed, with only half a dozen left to come in.

And here's the other wanky CoM trick shot. A decade from now this will look as misguided as our 1999 Best Actor award for Kevin Spacey does today.

Mirren came in 7th in Supporting in 2001 for Gosford Park. Gosling finished 8th in 2002 for The Believer. Wahlberg gets his second "nomination," having landed at #2 in the same category for I ♥ Huckabees (2004); he also placed 12th in the lead category for Boogie Nights (1997). Epps makes her Skandies debut at #1.

Christopher Nolan joins the tiny cadre of two-time Skandie winners (Lars von Trier as Director; Billy Bob Thornton as Actor and Supporting Actor), having previously won Screenplay for Memento in 2001. He also placed 15th last year for Batman Begins. Jonathan Nolan is new, though he wrote the short story on which Memento was based.

Complete results à la the indieWire poll are now available here. And for those of you who arrived via the GreenCine link and are wondering what the hell this is, some background can be found yonder.
Posted by md'a at 2:13 AM

i.e. Who was late with their ballot, and how this affected the results?

No. I occasionally mention that stuff elsewhere, but it's nothing something I really want noted for posterity.

Jesus this scene is awesome. I'll be honest, I didn't realize it's one scene when I first saw the movie. It was just an extremely exciting scene (when I learned it's all one shot in retrospect, it became somewhat more impressive, but I was never distracted by what the camera's doing). It's not the sort of "tour de force" shots folks rave about in De Palma movies, where you're acutely aware of the camera.

Yeah, it's wankery -- someone doing a 360 degree slam dunk when simple tomahawk will do. Lubezski could've cut. But he didn't for extra degree of difficulty points, and it worked out. Not sure why you want to keep fighting about this, since your point is only valid if the shot ended up distracting the viewer from what's happening in the film. It didn't do that here, certainly not for me.

I guess I just don't find the content of the scene all that exciting, 'cause I assumed people were responding to it purely on a formal level. I mean, it's well done and everything. Clive knocking the dude off the motorcycle by opening the car door is pretty cool. But the only thing that seems world-shaking about it is the fact that it's all one shot. And I was acutely aware of that fact, myself. To me that was all that distinguished it from, say, the attack on Tom Cruise's car in War of the Worlds (by desperate people trying to get out of town, not by the tripods). Which was also fine, but which I don't recall people going nuts about.

The self-conscious acting was more distracting for me than any directorial wankery. That scene actually makes me want to avoid this film, although the car going in reverse part was an interesting rush.

"But the only thing that seems world-shaking about it is the fact that it's all one shot."

For me, the PSYCHO quasi-homage (treading carefully to avoid huge spoilers) was the holy shit part of this scene. The uninterrupted shot simply was a technique - and a highly effective one, to me, of increasing the pressure by not letting you out of the car and not using fast cutting to force a feeling of intensity. But if it was just a generic ambush scene gussied up by a long take, wouldn't have been nearly as memorable of a scene to me.

When I got around to seeing Psycho as a teen, I was already aware of the shower scene twist. But here, I fully expected "her" to be the female lead throughout, so whent this shot happened, I had my biggest HOLY SHIT! reaction since... I dunno, Marvin in the backseat?

Remember this same shot in GUN CRAZY? Much more awesome.

I think it's also about where it comes in the film. This shot comes around the 30-minute mark, and up till then there's been long takes (in the opening, for instance -- actually the second or third shot), but they've been a lot less, y'know, show-offy. And ditto the storyline. But coming at this point, where the plot turns so suddenly, and where Julianne Moore bites it a la Janet Leigh -- the abruptness plus the brauvara-ness of the shot really sends this scene over the edge for me. The film steps up its game, in all respects, with this shot. (That I also saw this months before it came out, when the buzz was entirely "oh, it's a new Alfonso Cuaron movie," I'm sure also contributed. But it's held up about equally well for repeated viewings.)

That's like saying you didn't realize some film was unusually long until 2.5 hours had elapsed. What's a long take that's identifiable as such 10 seconds in?

I hate this fucking movie (COM, to be clear, not The Departed, which rocks), and these scenes -- especially the #2 scene -- because it's obvious to me that all (or at least most) of the formally awesome long takes were faked -- CGI'd together.

Zack, where do you see joins in the car-ambush sequence?

I agree that the battlefield sequence is problematic, especially when the "blood spatter" slowly disappears from the camera lens before we see a cut. But I watched the ambush sequence several times, and if there are CG joins I think they're executed very well -- so I'm curious what you think about it.

I seem to remember seeing some sort of making-of (maybe it was just text) showing that this scene was done with soem sort of weird trick car where the left and right sides would fold away. Does anybody know definitively whether there was any splicing in this movie's long takes?

[More] Proof that Godard is a flatulent blowhard?

Huh, seems the situation is more interesting than I expected. The effects guys who worked on the film say that many of the long shots, including the two top vote-getters in this poll, are composites of several different takes, giving detailed descriptions of how the work was done. But Cuarón himself looks to be saying--or at least implying--that they were indeed continuous shots. (He does acknowledge the CGI removal of the blood splash.)

Tell your bosses you have market power! I totally just went down your list and added all the movies to my Netflix cue. You control my brain!

I suspect it's somewhat rare that Oscars line up with Skandies. I'm curious how that went.

I suppose it's modestly scary that the Oscars and Skandies align as well as they do.

Thanks for the VFX article link, Matthew B. Very eye-opening.

"The live-action ambush was greatly enhanced by CG Molotov cocktail, a shattering digital windshield, a bullet hit and blood spurt and even a CG biker and motorcycle to augment a stunt performed during plate photography."

Best Picture for The Departed -- a second-rate remake with two dull and unconvincing man-boy lead performances -- is what will look wanky in a few years.