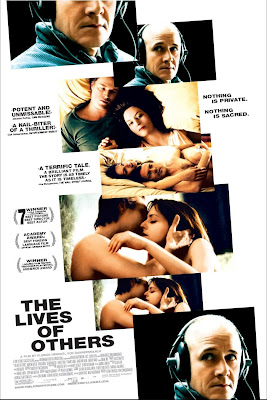 [I was unable to find a seeded torrent for Tsai's film, though I confess that I didn't try terribly hard since it's hard for me to imagine even diehard fans like myself wanting to rewatch this, shall we say, uniquely harrowing scene in isolation. Nor was I keen to inflict it upon casual readers who haven't even seen the movie. So I let it go, and in its place offer one of the few scenes already available on YouTube, involving some really cool noodles.]

Oddly (inexplicably?), Bong failed to place in Best Director for Memories of Murder two years ago, despite the film's 9th-place finish in Picture. This is his first appearance.

Garner placed 15th in the lead category for 13 Going on 30 in 2004. Cera was first seen just yesterday. Gedeck and Glover are new, with the latter representing the first motion-capture performance to make the top 20 since Andy Serkis.

I'm only a lurking Cinemaster but I follow the Skandies closely and enjoy your prettied-up version of the results. I run the poll for the Yahoo group I run, The Three, and you and the Skandies are a big inspiration.

I totally forgot about Crispin Glover this year. Andy Serkis really didn't rank for THE TWO TOWERS or RETURN OF THE KING?

The noodle scene is better anyhow...

The noodle scene is better anyhow...

Anyone got any idea if The Wayward Cloud is coming to DVD anytime soon?

It's available as an all-region import. Beyond that, who knows. It has no actual distributor.