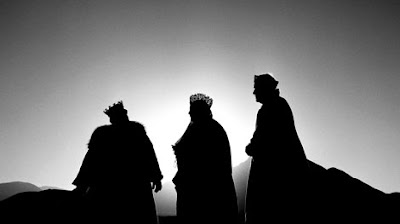 Birdsong (Albert Serra, Spain): 61 [Toronto '08]
Even the positive reviews of Quixotic created an impression of something austere and humorless, so I was wholly unprepared for this droll stealth comedy, which for its first half plays something like a remake of Gerry starring The Three Fat Geriatric Stooges. (I spent almost half an hour stifling my chuckles, for fear of annoying the rest of the tiny VIP 3 screening room; eventually, as Serra's comedic intentions became unmistakable, others started openly laughing as well.) Second half is less directly engaging but still often quite lovely, and it's curious how much power Serra derives from his (I gather) trademark juxtaposition of the iconic and the mundane. As for the main question on the mind of certain parties: Peranson looks the part, which is all that's really required of him. "Acting" isn't an issue here.

(NOTE: This film has no real distribution; it's playing a single-week engagement at NYC's Anthology Film Archives.)
Posted by md'a at 1:42 PM