Skandies: Best Performances of the Decade, #6 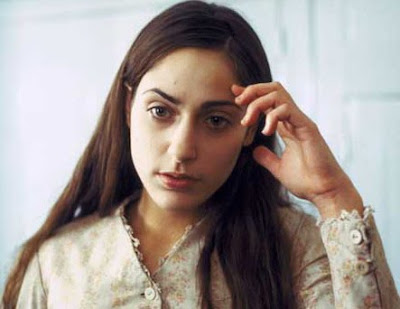 eugene said...
This comment has been removed by the author.
1:34 PM

Meanwhile, how amazing is Ian Holm in this movie too? Can't we just give him a Skandie for being Ian Holm for so long?

So, is this one of those movie like SOME LIKE IT HOT or TOOTSIE, where the men dress as women and the women as men? Cuz then ... yeah "she" is pretty good (and damn convincing as a man too)

Outside of the Skandies predictions in the blog comments here, I don't remember ever hearing of this performance (or the film, for that matter).

This scene is terrific and Desplechin has never done me wrong before, so...cue Netflix.

Thanks, AVB, for being full of surprises.

If I were a director, I think I'd want to cast Phoenix, Emmanuel Schotté and Ventura in a musical comedy.

I never understood the praise for this performance either. I don't think it's an awful performance or anything but simply on the level of difficulty scale, it's not that high.

Meanwhile, how amazing is Ian Holm in this movie too? Can't we just give him a Skandie for being Ian Holm for so long?

Unless you're dying to meet him at the Skandies banquet, there's no urgency to honor Holm with a lifetime Skandie, as he won Male Lead Performance outright in 1997.

Not that I'm a fan of this perf, but I'm glad to be redeemed to some extent after misfiring repeatedly

Mike Lee, haven't you heard of the investment disclaimer, "past performance is no guarantee of future returns"? Your past-voting-projection methodology appears to have hit a major snag with perfs, with the results thus far pinned entirely to the vagaries of the Passiondex.

Given these unpredictable results, I'm going to keep my fingers crossed for Carice Van Houten, a #1 in her year to be sure, but seemingly a dark horse in the decade voting.

Apologies if this comment is retarded, but I haven't seen the film...

IMDb says it was shot on 35mm, but that clip looks 100% video. And not even DV -- like bad analog prosumer camcorder; some horrible made-for-BBCA re-enactment project. Mike, is there some issue with how the clip was uploaded or transfered? There's at least two shots where you can see distinct video resolution lines. Easily the ugliest clip of the Skandies so far.

Film looks fine, clip looks fine. It's a YouTube issue. At one point I thought all of my clips looked like crap; when I viewed them on my iPhone they were suddenly pristine, and then later they looked good on my desktop again. I don't know what causes that.

...when I viewed them on my iPhone they were suddenly pristine...

Can you view this one on the iPhone? When I try, I get "YouTube not available." But other clips (not Skandies clips) work fine.

Clearly Ryan is right about The Mike Lee Method being an utter failure when it came to predicting the perfs, since I'm now 0/3. At least I'm 3/3 for films, and I'll be surprised if I miss more than one or two of the final six flicks.

My prediction for the rest:

1. IN THE MOOD FOR LOVE
2. MULHOLLAND DR.
3. DOGVILLE
4. THERE WILL BE BLOOD
5. ETERNAL SUNSHINE OF THE SPOTLESS MIND
6. TROPICAL MALADY

1. Heath Ledger, BROKEBACK MOUNTAIN
2. Naomi Watts, MULHOLLAND DR.
3. Maggie Cheung, IN THE MOOD FOR LOVE
4. Mark Ruffalo, YOU CAN COUNT ON ME
5. Daniel Day-Lewis, THERE WILL BE BLOOD

You may be close, Atli, but drop Eternal Sunshine. It's just not going to happen. It's New World all the way.

What a great performance. So glad that another pick of mine made it in. The film itself was right on the cusp.

A performance so remarkable that it counterbalances the entirety of the parade of hams that have too dominant in the Skandies thus far.

A #6 result is almost as impressive as the performance itself.

Hmm, I'm probably way off but I want to take a stab at the rest too:

Film
1. Dogville
2. There Will Be Blood
3. In the Mood For Love
4. The New World
5. Mulholland Drive
6. Tropical Malady

I'm glad Desplechin makes an appearance on this list twice at least via his actors.

I don't know about Ruffalo or Scott's chances, especial with Linney already making her appearance in the bottom teens of the list and YYCOM in the singletons. DOGVILLE or ITMFL could help both their lead actresses in, but it's getting awfully crowded for the hopefuls. If I had to place my bets now I'd say Kidman over Cheung.

And any list that leaves off Isabelle Huppert for the 90s is just wrong.

The only perf that received points from both VMort and myself happened to be Huppert for The Piano Teacher, so perk up Isabelle fans. I'm betting she places 4th.

What Ryan said re: Huppert. It is also my only performance overlapping with V-Mort. Of course I voted for three Huppert performances and still felt like I was slighting her somehow.

I kinda wish people would get over the idea that Huppert is a great actress.

There, I said it.

This is probably correct. I went with Campbell Scott given how big and commanding his performance is over that film and how it placed on the yearly poll. I also assumed that Huppert's awesomeness might have split her vote like seems to have been the case with the reliably awesome Philip Seymour Hoffman (though I gave him supporting points for ALMOST FAMOUS).

I wish people would get over the idea that Robert Fuller is a good critic.

There, I said it.

Huppert has never wowed me either.

There. I also said it.

Maybe she should team up with those misogynist Dardenne brothers.

Anyhoo ... why is Huppert an awesome actress. A partial list:
(1) She can convey a great deal with her face while seeming to do nothing (look at the scene in LA PIANISTE where she first hears Magimel play -- you will never see better, subtler acting of emotional turmoil in a public place).
(2) Her command of body language is perfect even in both stylized anti-natural works (look at the way she deliberately moves and holds her arms and legs still in 8 WOMEN) and more realistic ones (the cabin in TIME OF THE WOLF).
(3) She has tremendous range -- period and contemporary, comedy and drama -- and even within a role (the spinster aunt in 8 WOMEN is a butterfly out of the cocoon in the last scenes), and she is utterly fearless in both her choice of roles (she's worked with Haneke twice, ferguidness sake) and how she plays them.

Man, you people want to talk about anything but the subject at hand: L'Ete Phoenix.

Did anyone vote for both Esther Kahn and Daniel Plainview? I wonder if that might be a dividing line among voters sensibilites. One offers you up a big milkshake and the other a mouthful of glass shards.

I find her mannered and stiff. When I watch her, I'm always very much aware that I'm watching a performance. I think 8 Women is the only movie in which her performance really worked for me, only because her style of acting was perfectly suited to the character and the tone of the film.

Sorry, Victor, I'm with you on most things (or at least I find myself agreeing with most of your comments here) but not this time.

Any possibility that Javier Bardem shows up somewhere on this list for No Country for Old Men? Certainly a memorable enough performance and he won supporting actor by a landslide only a couple years ago. 6 20-or-higher scores. Film itself placed in top 10. Etc...

I would have guessed Bardem had a decent shot at the top 20 for the reasons you state, but with only five positions left, I can think of at least 10 perfs I think are more likely than Bardem's to make the shortlist.

So given my history, Bardem's probably the next one up.

"I find her mannered and stiff. When I watch her, I'm always very much aware that I'm watching a performance. I think 8 Women is the only movie in which her performance really worked for me, only because her style of acting was perfectly suited to the character and the tone of the film."

I find her mannered and stiff. When I watch her, I'm always very much aware that I'm watching a performance. I think 8 Women is the only movie in which her performance really worked for me, only because her style of acting was perfectly suited to the character and the tone of the film.

And "mannered and stiff ... aware of performance ... [but] perfectly suited to the character" (at least on the surface) isn't just as true of Huppert's performances in LA PIANISTE or MERCI POUR LE CHOCOLAT or GABRIELLE or TIME OF THE WOLF because ... ?

Thanks for being a voice of reason, Victor, and while I know you hate the film but I'd add that there is nothing at all "mannered and stiff" about her performance in MA MERE.

It's all about tone and the style of the actual film. Huppert always seems to be acting in quotation marks, just like Ozon is directing in quotation marks. In those other films you mentioned (though I haven't seen Gabrielle), her characters may be mannered and stiff, but she exaggerates it until it becomes mannered mannered, if you will. This is especially true in La Ceremonie (a movie I otherwise admire quite a bit). In 8 Women (which I love, by the way), she takes it even to the next level beyond that, so that she's essentially parodying herself, which I appreciated.

And "mannered and stiff ... aware of performance ... [but] perfectly suited to the character" (at least on the surface) isn't just as true of Huppert's performances in LA PIANISTE or MERCI POUR LE CHOCOLAT or GABRIELLE or TIME OF THE WOLF because ... ?

Your own words are convicting her of playing "an Isabelle Huppert type." That's one of the reasons I'm not intrigued by her work.

I also took her 8 Women performance to be parody of herself.