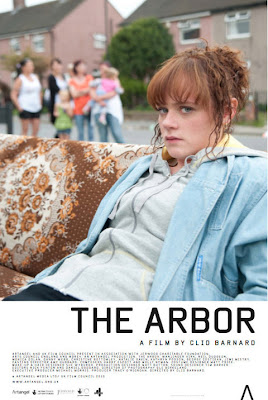 Because I'm embedding this this indirectly via the subtitle-creation site, I can't figure out to alter the width, so you'll just have to cope. Truth is I spent an hour and a half creating this for maybe three people to watch anyway.

Ruiz's only previous appearance was at #18 for Time Regained (2000). Apparently he should have stuck exclusively to really long adaptations of classic literature.

All veterans today. Knightley previously placed 13th for Pride & Prejudice (2005) and 20th for Atonement (2007). Oldman's only nod prior to this one was at #18 in Supporting for The Contender (2000). Waltz of course won Supporting Actor two years ago for Inglourious Basterds, and now proves that it wasn't a fluke. (The film's other winner, Mélanie Laurent, did not place for Beginners, so the fluke jury is still out.) And Mulligan landed at #7 in the lead category that same year for An Education.

Raymond co-wrote Old Joy (2006), which placed 16th in Screenplay. His script for Wendy and Lucy didn't make the cut.

Great pick, if a tad low.

Great pick, if way too low.

Probably about where he should be.

Why the surprise? Couldn't you SEE how great Keira was? Didn't you SEE all that acting she did??

Awesome to see films that just missed my top ten placing in best picture (not SHAME though). 2011 was a really rich year for movies. Look at me all earnest,luvin the moovees.

I almost gave Nightly points. I think some people are underrating her performance on account of her initial appearance is pretty abrasive in its look-at-me-ness, but she settles in nicely after that. Then I again I probaly like this picture more than any other Mike's survey voter.

Yes yours was the sole Best Picture vote for A Tedious Method. Good job everyone else.

(He has not seen her performance. He is just a retard.)

I've seen PIECE OF SHIT YEAR (well, some of it) and did not tolerate Barkin's performance long enough to either vote for it or criticize it if it places.

(He thinks Shame is the year's best film.)

It seems that thanksbud is inordinately fond of movies in which Michael Fassbender has the guilt-wracked sex.

(He thinks Shame is the year's best film.)

Along with BEGINNERS, DRIVE, 13 ASSASSINS, CERTIFIED COPY, MARTHA MARCY MAY MARLENE, and TREE OF LIFE. Yes, that's me with the wack taste.

It seems that thanksbud is inordinately fond of movies in which Michael Fassbender has the guilt-wracked sex.

D'Angelista was referring to Private Joker, not me. SHAMELESS is a well directed and acted piece of shit in my opinion.