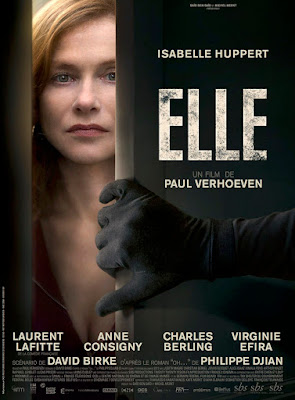 
sk14 from Daniel Gemko on Vimeo.

NOTE: Most of the votes for this scene specified the conversation in the parking lot, but there was also at least one vote that mentioned the drive. After looking at it, I decided that the whole trip is basically one scene. (The aforementioned screwup in this category also involved Certain Women, as it happens—I incorrectly combined a vote for the first diner scene with votes for the trip to the diner on horseback, which leads into the third diner scene. Or at least not the first one.)

Swinton, as of last year, had been in second place in all-time Skandie appearances, with 13. (Philip Seymour Hoffman still holds the record with 15, though he's now at a bit of a competitive disadvantage.) She's now one nod away from tying the record, and two nods ahead of Isabelle Huppert, in third place. However, Ms. Huppert has three (3) performances from 2016 that could plausibly still show up. Edge-of-your-seat stuff, no?

Michael Shannon is another case where I'm gonna save myself some time by just revealing that he'll be showing up again (for his Oscar-nominated performance) and reserving his history for that day. Crudup makes his first appearance since he placed 2nd in the lead category for Jesus' Son 16 years ago. Malone is new.

Reichardt's screenplay for Old Joy (with Jonathan Raymond) placed 16th. None of her other films have made the cut in this category.