Here, then, are the group's estimation of the best films that premiered during 2014 but failed to secure New York distribution (and hence eligibility for the Skandies proper, which has a two-year window) by the end of 2016. As it happens, fewer and fewer notable films—where "notable" is defined as "made some noise on the fest circuit and were likely to be seen by several voters"—are failing to secure a week-long NYC run. Four years ago we finally hit what I consider a tipping point: Five people who usually vote in this section (out of a pool of only 17) chose to abstain, saying they just hadn't seen enough eligible titles. As a result, a number of films would have cracked the top 20 on the basis of a single vote. So I whittled the list down to just a top 10, and there's been no need to re-expand it since. Indeed, the number of voters has now dwindled to the point where I'm seriously considering dispensing with the Undies altogether. It's a good thing, really—in a perfect world, there'd be no need for this category. 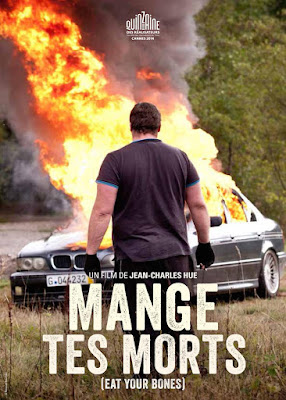 "For most of the time not a great deal happens and yet there is a palpable sense of tension as these would-be criminals drive through the night, often at speed, with the intention of getting up to no good. They are like children playing at being American gangsters but this is no New-Wave tribute to the noirish films of the fifties like Kiss Me Deadly or The Big Combo but something altogether fresher and highly original. It remains virtually unseen and cries out for some sort of release." 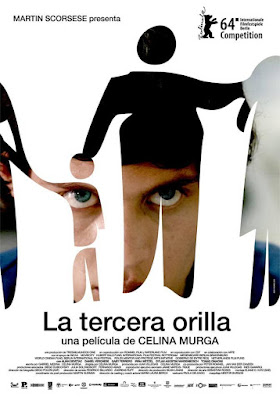 "It's a tough movie to watch for some I suppose, especially because it might feel that it is not going anywhere (the beginning would be an example for that). But it does pay off, if you have the patience to sit through. The story is not new and many philosophers have said things like that about boys growing up. But the way it plays out, will feel real, instead of a made up movie/story." 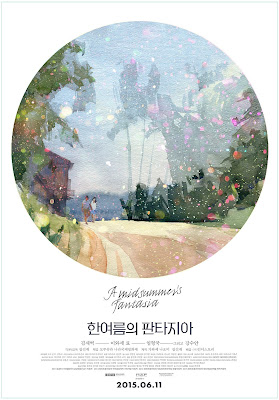 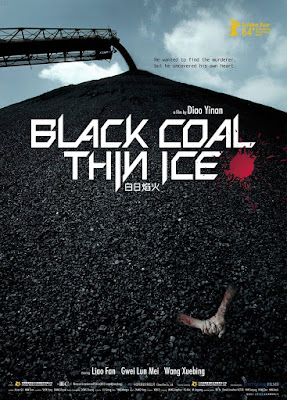 "This opening massacre is not the only time characters are acting in abnormally weird ways in this movie. The movie surely includes a lot of symbolism and metaphors and tries to portray loneliness and rejection in a directionless and industrialized society but some scenes are out of place and so surreal that they somehow contradict the dark realism of the plot. While the movie has several interesting experimental ideas, other parts are unnecessarily long-winded and the plot itself is not surprising enough to carry over almost two hours. The film feels as if Charles Bukowski met David Lynch in an industrial ghost town to elaborate a script that is missing that certain something." 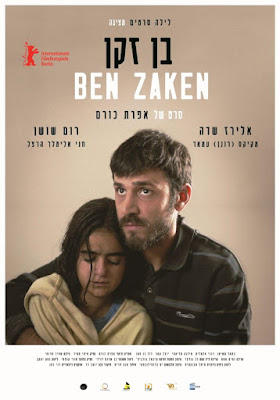 "A drama without much teeth except for a small girl who is furious because of the way that she was brought up. Not truly unnerving as it supposedly wants to be, but for some reason I think this was an honest film, as it doesn't achieve greatness because it doesn't want to be, it wants to be an honest portrayal of a certain kind of people that isn't usually portrayed onscreen: the neglecting parent not because of his circumstances but due to his actual inabilities to work as a parent in the context of parenting. A couple of strong scenes make this a worthwhile watch for those who like the cinema of Israel." 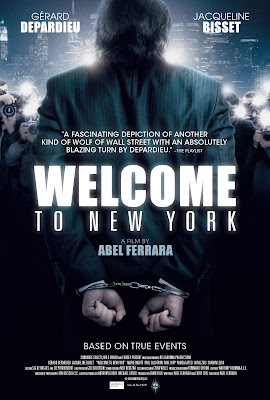 "What is this piece of work? An auteur film? A low-budget shock movie like La Grande Bouffe or Baise-moi? A porno? Whatever the case, this catastrophic film makes you wonder whether Abel Ferrara has really been directing movies for 40 years. Inconsistent characters, uneven editing and dialogue lines that are laughable at best and disturbingly weak at worst make this this movie a really painful experience, like a great romantic Austrian orchestral piece performed out of tune all the way through. The exhaustingly long and slow vampire of a film that is Welcome to New York begs the questions: has the production been rushed for some troubled reason(s)? is that why it backfires on all technical levels? did they use rehearsal footage? is that why the acting is so all over the place? There are, however, a few interesting moments here and there in the film: Depardieu's monologue towards the end of the film, the lighting reflected on Jacqueline Bisset during a quarrel in the couple's home cinema. They're only details, unfortunately, and they're not powerful enough to save the film from drowning. Abel Ferrara proves that being a 'unique' artist doesn't make you a 'competent' one and, most of all, that you can't always blame gaucherie on art." 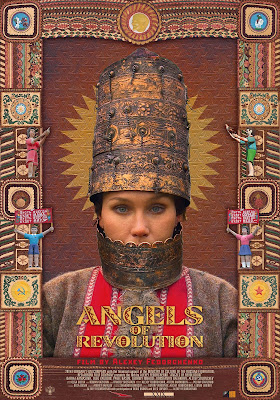 [Not only are there no IMDb user reviews for this film, but the only two reviews of it on Letterboxd are written by myself and Theo Panayides, the two people who voted for it here. Theo sez: "Guess I'm mixed on Fedorchenko's faux-anthropological project, but he has an interest in tall tales, bric-a-brac and amateur dramatics, a magpie sensibility, an eye for colour (see e.g. the audience at the cremation lecture, peasant garb set off by artful blues and greens and splashes of Soviet red), and a kind of genius for arranging groups of actors." I'll add: "Still, Fedorchenko is unquestionably one of world cinema's most singular talents at the moment, and it's worrisome that his last two films have premiered at Rome's low-profile fest, rather than getting the same relative star treatment (Venice, Toronto, New York, London) as Silent Souls. This guy is a big deal, folks."] 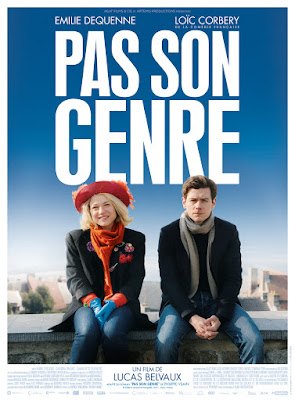 "Should we seek a counterpart for the emotionally cold Corbery we need look no further than Claude Sautet's Un Coeur en Hiver in which Daniel Auteuil's violin maker/restorer was very much on a par with Manu Béart's classical musician socially but light years away in terms of emotional warmth. In spite of all this 'borrowing' Lucas Belvaux is almost sure to reap the rewards of Emilie Dequenne's brilliant performance with the Comedie Française's Corbery only a whisker behind. Brownie points too for setting the whole thing in unfashionable Arras where they bring the sidewalks in at 4 p.m. Performance-led and all the better for it this is a must-see." 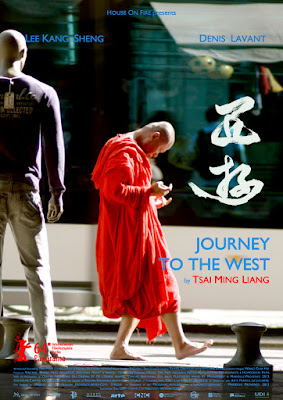 "Granted, the film definitely tests the boundaries of tedium, and if it were any longer I probably wouldn't have tolerated it as much, but instead Ming-liang is restrained and economic with all his dozen or so shots. Scenes like watching the monk climb slowly down a subway staircase for 15 minutes bleeds so much life. It's pure meditative cinema, stripped down but honest. Other shots are almost a case of Where's Wally in finding the monk among the crowd. It's delightfully entertaining and makes you think about cinema can do. Self-aware moments certainly confirm that Ming-liang isn't ignoring the audience." 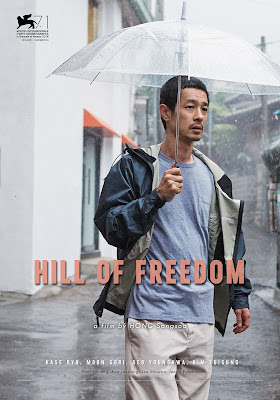 "The real comedy here, however, is the fact that this is a Korean film, centred around a Japanese man, that is acted largely in English. Mori's lack of Korean means he bumbles his way about a corner of Seoul where everybody just so happens to be relatively fluent in the Queen's. This presents lots of broken conversations and odd phrases uttered between the two clashing cultures, with 'you're a strange man' being met with 'you're a strange man.' Confusion is sometimes created and from thence the humour arose."

NOTE: This is Hong's fourth Undies victory, which is mostly a testament to how infrequently his films get U.S. distribution.


* (released commercially after the window of eligibility had closed)
Posted by md'a at 1:48 PM

Damn, I need to stop saying "magpie sensibility". It's embarrassing when your writing cliches get exposed like that.

I knew Hong would win here. It's okay, he deserves it. We def. need more Undie voters though.

Perhaps the Undies could begin drawing from a different pool than the AVB. Still, I am not certain why so few Skandies voters end up seeing these films. I know these motherfuckers attend the festivals and whatnot.

The main missing title for me is Lav Diaz: Storm Children, Book 1.