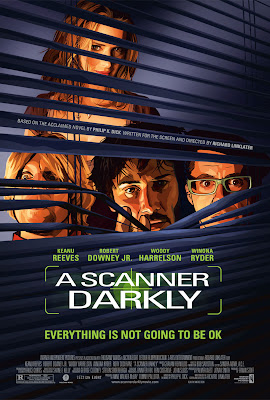 So here's the thing: Scene #12 is actually, I now realize, the scene from Jackass Number Two that I posted yesterday as #13. In fact, every scene so far is actually one number higher than previously stated. Reason being: After looking at some forthcoming scenes (in the process of creating clips for same), I now realize that two scenes from a certain film that I'd tracked separately, and which originally placed 3rd and 7th, are in fact the same scene. Which means that the scene in 7th disappears, almost everything shifts up one notch, and what I thought was #21 is in fact #20. And that scene is:

This is Chéreau's first time on the Director list.

Of the actors, Winstone was addressed previously (he placed 17th in Supporting for The Departed), Tomlin is new, and Baldwin finished 8th in 2003 for The Cooler. Winslet, with her 8th top 20 appearance, is now the second most-honored actor in Skandie history, trailing just behind Philip Seymour Hoffman (9). Her previous nods:

I ran into the same problem with the poll I'm tabulating with my friends at TheThree... Methinks the scene in question is "Battlefield / Ceasefire" from Children of Men.