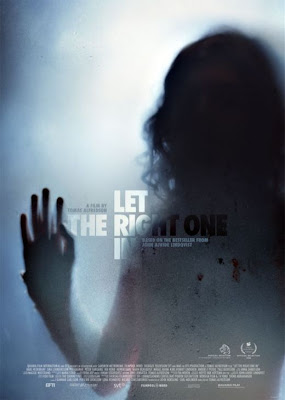 [Just a 3-minute section of this scene (which borders on sequence, but whatever), in crappy squashed format, because I'm not gonna go to the trouble of creating a proper clip for a movie that the entire developed world has seen.]

This is Hong's first citation for Director, though of course that's only because none of his best films have been eligible. (The only previous one to be commercially released was the comparatively little-admired Woman Is the Future of Man.)

Shannon placed 8th in the same category last year for Bug. Strathairn finished 6th as a lead in 2005 for Good Night and Good Luck. McDormand makes her fifth appearance in the top 20, though her first in seven years; she previously finished 3rd in Lead for Fargo (1996), 4th and 17th in Supporting in 2000 (for Almost Famous and Wonder Boys, respectively), and 8th in Supporting for The Man Who Wasn't There (2001). Efron is new.

This is Lindqvist's first produced screenplay. (He adapted his own novel.)
Posted by md'a at 8:32 AM

Shouldn't McDormand be considered the lead in that movie?

Burn After Reading is the kind of ensemble piece that doesn't really have any lead roles imo. Everyone is supporting everyone else; there's no single character or characters the story is fundamentally about.

Three cast members of BAR have been cited in 3 consecutive days. That must be some form of accomplishment, no? Will the streak continue tomorrow? Come on Jenkins! (I'm sure Pitt will be hovering around the top 5 this year).

I didn't expect to see Efron show up at all, so it's nice to see her here. Even though she belongs about sixteen places higher.