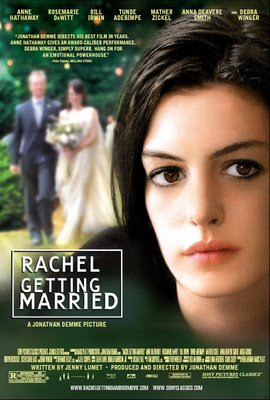 [This is sort of a stunt that is only remotely interesting in context; if you haven't seen the film, I wouldn't bother watching. It's about seven minutes of a woman in great emotional distress trapped in a rising sea of banal chitchat.]

First, erratum: When Darren Aronfosky was cited earlier in Best Director, I said he had one previous appearance, for Requiem for a Dream. I didn't have a master list for Director or Screenplay (now I do) and didn't even bother to check to see whether he'd made the cut for The Fountain two years ago, since that seemed patently absurd. But in fact he did: #18.

Though Demme has made eight features during the Skandie era, he has never before placed.

Williams finished 2nd in Supporting for Brokeback Mountain in 2005*. Cruz finished 3rd in the lead category for Volver in 2006. Shannon was covered in #17 when he placed for Shotgun Stories. Depardieu gets his first and most likely final nod, R.I.P.

Maddin's screenplay for The Saddest Music in the World came in at #15 in 2004.


* Note that she received 20 votes, so it's not as if Wendy and Lucy's absence from the Picture list has anything to do with the film being underseen. Despite having loved Old Joy to pieces [#5], we just were not that impressed by this one. Good job us.
Posted by md'a at 10:00 AM

Surprising ... the bottom 2 among the 5 "nominees" were the two I would have guessed placed 1-2, if for no better reason than they're English-language live-action features. Though the AVB doesn't exactly shy away from foreign or animated films, those other types get a slight edge at the very summit simply because we're a Body of Anglophone humans. (Going back to check this factoid out, this seems to be more true of recent years than those at the turn of the decade, when for three of four years, we have foreign winners -- YI YI, IN THE MOOD FOR LOVE and IRREVERSIBLE.)

Not only are 4 of my Top 5 for the year in the Skandies Top 5 (never happened), but there's now a real possibility that my 1-2 will be Skandies 1-2 (ditto). C'mon ... let's see some WALL-E tomorrow. I hereby claim Official Barometer Stick from MuseMalade.

I think Pittillo has the Barometer stick since I went off the rails a bit a few years back.

I'm back on as a barometer this year, though.