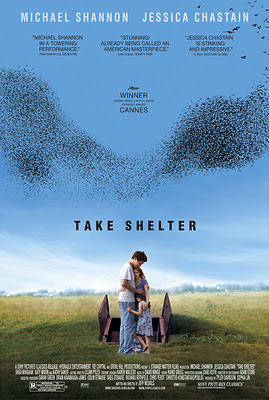 Tuesday, After Christmas is Muntean's first Skandie-eligible film, though his The Paper Will Be Blue finished 12th for Best Undistributed Film of 2006.

Genuinely stunned to see Page, since I was convinced many of our voters didn't see SUPER, and those who did, didn't like it. Good job, other seven buds.

There wasn't much about the film that was commendable other than Page's gleefully crazed performance.

Great to see TAKE SHELTER here. I couldn't fit it in my top 10, but it definitely deserves to be in the Skandies top 20. It has such a truly American spirit and treats today's middle-class struggle with so much dignity.

Hoping those Lambert Wilson voters thought OF GODS AND MEN strong enough for some points.

I'd bet it's a pretty good sign. Also ... it's an ensemble (there's even a scene where the other monks dress him down for being too bossy and insufficiently communal). Hence "supporting."

Agree with Alex -- SUPER was fucking horrible, but Page was so good I couldn't deny her some love. I gave her 15 pts. in what was probably the second worst film of 2011 that I saw.