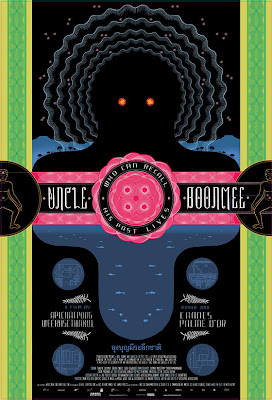 And the Bonello love starts rolling in. Bodes well for that #5 Ryan predicted on Twatter.

So it looks like Vincent Gallo's PROMISES WRITTEN IN WATER is getting a week run at the Whitney this year. Skandie eligible next year if that pans out?

No reason it wouldn't be.

Oh, I am just worried the "week run" is in some small black box in the back of the museum with bean bags on the floor rather than a presentation in the theater. Hasn't been spelled out on Whitney site.

Also, good job Skandie voters recognizing Ellen Barkin. She was aces in another film that woulda probably been top 10 for me in any other year (this is a mantra at this point).

Venue is irrelevant. If it's shown to the public for a week and didn't premiere prior to 2010, it's in. They could project it on a wall.

Top ten was better than I expected for Barkin, given how few people saw the film. She would have placed 12th even without my 30-bomb. Sadly, another of my favorites in Actress, Kseniya Rappoport, starred in a film that was even less widely seen (The Double Hour—really worth checking out, guys) and wound up on the bubble, to borrow a poker term.

The Double Hour—really worth checking out, guys

U.S. remake in the works, apparently. Filippo Timi was pretty good in this as well imo.

U.S. remake in the works, apparently.

That makes sense. It's certainly high-concept enough, though I suspect the aspect that most impressed me won't survive. (Can't elaborate without ruining it for folks.)

[Barkin] would have placed 12th even without my 30-bomb.

Which is true, but there's still, I concede, some significant D'Angelo Effect here, since I was the only person really stumping for Shit Year and a lot of voters likely watched it on my recommendation. (Thankfully only a couple wound up holding their noses.)