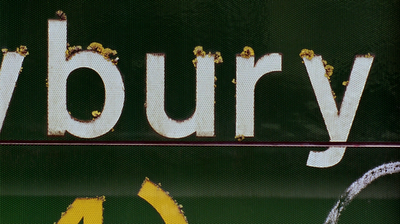 Here's my standard top-of-the-month reminder that if you read these entries on a regular basis, find them in any way valuable, want to ensure that I don't get discouraged and give up, you should throw me a few bucks (link's at the top of the main page)—whatever you think a month's worth of near-daily capsules is worth to you. The amount is unimportant. (I suggested as little as $2; $5-10 is more common.) Just let me know you give a damn.

Previously addressed in this format upon release, though I mostly just bitch about Costner's accent. Which bothers me less now than do the film's strenuous efforts to "humanize" the crisis, with relative small fry O'Donnell staring wistfully at the-son-who-might-be-nuked-tomorrow at a little league game and so forth. Still largely succeeds at making diplomacy exciting, if sometimes in the manner of an underdog sports movie: Adlai Stevenson is like the rookie 2nd-string quarterback who springs to life just as asst. coach Bobby K.'s about to sideline him. (Steven Culp's performance as the latter remains one of the best out-of-nowhere-and-right-back-again turns in recent memory.) This would never be a theatrical feature today, would it? It'd be developed for TV from the jump. Too talky, too subdued, too old. World saved not by derring-do but by back-channel agreement to mutually cave.

And then sometimes you just fall in love with a movie. Happened to me here during the morgue sequence, which is both surpassingly lovely—even the coroner's precise routine involving the paperwork somehow transcends its ostensible purpose as comic relief, taking on a melancholy dignity—and grotesquely acrid, culminating in one of the only lines of dialogue I can think of that provoked an audible gasp from me: "Ask fatass if she wants a ride." (I could write an entire lengthy essay on Pamela's weight and its virtually unprecedented function as a dramatic fulcrum. Though it must be said that Ms. Mills looks totally fine despite reportedly having gained about 25 pounds for the role.) That push-pull between tender and hostile is constant, and astonishingly potent; you expect Lemmon's tetchy Armbruster to gradually soften, and of course he must and does, but his essential nature doesn't magically vanish overnight. Even when the film's almost over, during the extraordinary scene that has Pamela excitedly unpacking her bags in Armbruster's room (while verbally castigating him for being so presumptuous, which that glorious disjunction alone is sharper than most of today's comedies can manage—not to mention that in your average movie this mixup would be the inciting incident, not a third-act buildup to their first kiss), he's still more self-absorbed dick than born-again romantic, caught in an unacknowledged skirmish with the sort of woman who's constantly criticizing herself by way of beating others to the punch. Emotions are messy here, is my general point, and that's so liberating and provocative in the context of one of Wilder's clockwork mechanisms. It's as if Margaret were in the form of a farce—there's even a similar exacting emphasis on procedural minutiae. (Can't find much information on the source play or how much Wilder and Diamond revised it, but I'm not surprised it closed after 21 performances, or that this film was perceived as a overlong dud.) Could have lived without the mustachioed maid and a few other sops to the groundlings, but my heart was swollen to bursting practically start to finish. A miracle.

First of all, the house isn't red. That may sound like a dumb criticism, given that we're talking about a black-and-white film, but it's indicative of how little thought was expended on this justly forgotten programmer, which pits Edward G. Robinson at his most manic against a gaggle of thoroughly uninteresting teens. You can't relentlessly build something up without having a humdinger of a payoff, and the nature of EGR's guilty secret is so plainly obvious from the outset that his endless admonitions to steer clear of...cue Mr. Rozsa...The Red House inspire not curiosity but impatience; that the house itself, once finally glimpsed, looks utterly nondescript just makes all the hushed references to its redness, with their suggestion of blood and danger, seem like bad carnival hype. What's mildly interesting about the film is the way that its earnest squareness, one-dimensional archetypes and emphasis on the forbidden, once badly warped, yield Blue Velvet—I have no evidence that Lynch ever saw The Red House, but even if he didn't, he was surely inspired by movies just like it. There's a good girl and a good boy, each of whom has a bad doppelgänger; the good kids engage in a lot of amateur sleuthing, unearthing the small town's buried secret ("people call you the mysterious Morgans"); the primary adult male becomes increasingly unhinged over the course of the film, threatening our heroes with the unbridled passions of post-adolescence; etc. Minus the warping, however, it's mostly just pseudo-atmospheric drivel.


Identification of a Woman (1982, Michelangelo Antonioni): 49

As is often the case with Antonioni (and other somewhat obscurantist auteurs), any objection I might file can easily be argued by fans to be a feature, not a bug. Indeed, even as I was enjoying the first half, I had to keep reminding myself that there was little chance of various intriguing narrative elements "paying off" in any conventional way. And sure enough, after the virtuoso midfilm fogbound sequence, Antonioni abruptly bisects the movie, introducing an entirely new female lead, at which point I belatedly realized his enormous influence on Hong Sang-soo. But Hong's structuralism is so much more playful, and Antonioni seems stubbornly disinclined to draw overt parallels between the two halves; Niccolò just gets increasingly morose after Mavi disappears, and his relationship with Ida doesn't remotely fill the void. Which, again, sure, you could justifiably cite as The Whole Damn Point, but that doesn't make the second hour's surface any more engaging. Much more so than even in L'avventura, it feels as if we're being punished for getting involved in a story that Antonioni wasn't really interested in telling—not so much because of the bait-and-switch itself (again, Hong does this sort of thing all the time), but because of the way the movie gradually devolves into a series of half-hearted shoulder shrugs. Maybe it's just that resignation is such a tricky subject to dramatize. Tomás Milián remains admirably opaque throughout, giving what was clearly the precise performance Antonioni wanted; his stoic non-reaction in the final scene with Ida is the entire film in miniature. Only trouble is that I had the exact same expression on my own face.

Never was a huge fan of all those '90s Chinese melodramas in which characters essentially get bitch-slapped by decades of tumultuous history. And there's certainly plenty of convenient convergence here, along the lines of "Oh look, invading Japanese soldiers are interrupting the most emotionally devastating moment of our lives to date. The personal just got political!" These three actors are too strong to be swamped by signifiers, however, which keeps the film from coming (entirely) across like Pearl Harbor with a new national disaster every other reel. Chen has never had Zhang's superb eye—or at least he didn't through Emperor and the Assassin, which is the last time I checked in—but he does (or did) know how to handle messy emotional confrontations; once Gong Li shows up and starts getting all Sino-Yoko, the offstage material becomes suitably operatic, with Zhang Fengyi in particular hitting one sustained high note after another. This time I watched the complete three-hour pre-Harvey version, which I'd assumed would fill in some confusing gaps but in fact did not: There's still no apparent fallout, for example, when Juxian promises Douzi that she'll disappear if Douzi performs for the Japanese (in an effort to get Shitou released), then ignores her promise and remains omnipresent. And as much as I oppose Scissorhandsing on principle, this film really is way too long, especially when it comes to the childhood prologue and its strenuous efforts to "establish" stuff that we could easily have inferred from subsequent events. All in all, however, I would now vote for Concubine if I could go back in time and serve as the tiebreaker on the 1993 Cannes jury. After I smacked everyone else in the head with the copy of the Criterion Naked Blu-ray I smuggled from the future.

Can't really say I got much out of the Robinson Trilogy (caught up with London and Robinson in Space a couple of months before I started this log; might as well address all three here), mostly because Keiller's interests and my own so rarely coincide—at times I felt like I was watching a series of video blogs on the Economist website, despite the soothing tones of Paul Scofield or (in this case) Vanessa Redgrave. To be perfectly honest, I think I only truly heard maybe 75% of the voiceover narration, which is so dry and abstruse that I constantly found myself accidentally tuning out. At first I'd quickly rewind once I realized it had become word salad, but after doing that several times and finding that I'd missed stuff like "On the 11th, the price of Brent Crude peaked at just over $147 a barrel, after Iran had test-fired nine ballistic missiles. In the journal Nature, it was argued that rates of species extinction had been seriously underestimated"—those are actually consecutive sentences, spoken over the same shot (of some berries), with only the briefest pause between them—I pretty much gave up and just let my aural attention wander as it would, focusing as much as possible on the images. Some of these, like the examination of lichen clinging to the letters adorning an English road sign, possess a captivating sort of anti-grandeur, but at other times Keiller just seems to be dicking around, letting flowers sway in a light breeze for minutes at a time as if that somehow provides lucid counterpoint to the recitatation of socioeconomic factoids and historical anecdotes. And while Ruins is arguably the most visually impressive of the three ("arguably" because I watched it on much higher quality video than the others), substituting Redgrave for the late Scofield doesn't quite work, perhaps because it's one degree of remove too much for a project that already had its author's thoughts being spoken by one man and attributed to another. But I had roughly the same problem with Marker's Sans soleil, so don't mind me if affected essay-films are your thing.

Good lord, 1993 Comp was a big pile of shit. Yes, Naked clearly should have won, with the Grand Prix going to Téchiné. (As much as I love Hou, I admire The Puppetmaster more than I like it.)

I dunno, looks like a typical lineup to me. Haven't seen King of the Hill in almost 20 years but I loved it at the time; in theory it's still my second favorite Soderbergh. (He peaked early.) So that's two great films, a handful of good ones (Branagh, Loach, Hou, Téchiné, possibly the Ferrara which I haven't seen), some interesting near-misses (Campion, Peck, Tavianis, Schumacher, possibly the Wenders which I haven't seen), etc. Not that everyone will file all of the above in the same categories I do, of course, but even allowing for differences of taste I think the quality level is consistent with most of the years I've been attending. Though I can't speak for the 9 or 10 films I've never or barely heard of.

Are you ever planning on seeing French Connection II? I just watched both films and am now of the opinion that FCII is in fact better than the original, though only slightly. Definitely one of the most underrated films of the 70's.