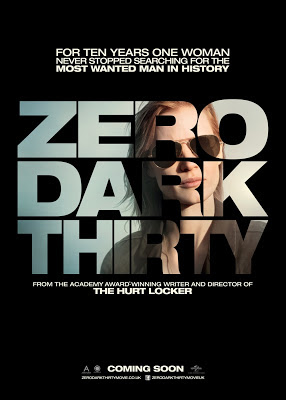 [This cuts off a bit early, but, again, I'm feeling lazy this year.]

Gomes failed to place for Our Beloved Month of August, either as director or screenwriter (likewise Ricardo), and The Face You Deserve has never been released in the U.S.

Wow. Expected ZERO to place higher than this. This top ten could be weird.

As for scene, good job buds. I voted for two from this film and neither has shown up yet so I am hopeful there are more to come.

Not bad. Getting the order right would be tricky, as it was close enough in many spots that the final ballot to arrive shifted many films around. The points for #5-7, for example, are:

Which is effectively a 3-way tie.

I'll let somebody else raise the question of one or two possible omissions from your list. (Not saying there are any, just saying I can think of at least two films you didn't name I might have expected to see. Maybe three.)

The Day He Arrives was the other one I thought might have enough support to make the top ten, but in the end (of the eight minutes I spent on this list) I decided that #17 director + #17 screenplay = probably not enough.

I'm probably forgetting something obvious, though. Was Dogville released this year?

Another one Del Angelo is thinking of is Jango probably. Maybe The Cabin That is Inside of the Woods gets in on Passiondex. I do not think This is Not a Picture makes top 20.

MISS BALA and KILLER JOE come to mind as possible omissions from Mike Lee, director of Career Girls' list. Based on MD'A's earlier when-will-it-end comment w/r/t to KILLER JOE, I'd wager Kentucky Friedkin Chicken cracked the lower end of the upper echelon of the Skandiesphere. I'd love to see RUST AND BONE make an appearance too.

Yeah, Django might have rabid enough support among a few voters to make it in (e.g. #12 scene). Maybe it gets in tomorrow or Friday with a 132/9 or something.

This Is Not a Film will be the film that firmly separates the AVB from the Film Comment / indieWire polls. As many of us admired it, I think down deep inside a lot of us enjoyed (and therefore preferred) other films a lot more. It will not place.

The Cabin in the Woods will be this year's The Host, the genre film that will not place, edged out by "more lasting cinematic contributions" or what have you.

And sadly, Hong Sang-soo, he of the triple-crown Undies victory, will not place, ironically because his votes are split between his 3 2012 releases. What's a Rohmeresque South Korean master to do?

I'm not sure where else to put this information, but it must be shared so I'll just stick it here.

That last one is Universal Soldier: Day of Reckoning.

Hmm. Given these new data points, I will revise my guess to the following:

Don't really think Horse will make it as high as five, but I'm having a hard time coming up with another film with that high of an upside despite not having a top-ten average. (The Master could, but I have that as the #8/#4 slot.) Given how close #5/#6/#7 are, though, Horse is a reasonable enough guess.

Instead of making my own guesses, I'm gonna go with the picks made by Mike Lee, director of Career Girls.

Anyone for Best Scene guessing? This is what I could think of, probably half-wrong -- e.g., not sure if folks will flock to the Wanderlust scene despite the MD'A FYC:

Not bad, Jeff, but missing the most obvious (and overwhelming favorite to be #1): Entre'acte, HOLY MOTORS

There's also the Diner Conversation in LOOPER, the Cemetary Shootout in SEVEN PSYCHOPATHS, the "Various Parts of Texas" scene in BERNIE and the Opening Shot from THE TURIN HORSE. And I'm hoping the Eavesdropping at the Cafe scene from OSLO, AUGUST 31 will squeeze in.

You're right, Scott -- I'd tell you the truth and say that I thought of that one five minutes after hitting send, but better to say that I can't wait to see my other faceplants. And your list is a good one, Atli Sig.

I also thought the David Byrne performance of "This Must Be The Place" from THIS MUST BE THE PLACE would be a lock, and that the SKYFALL Shanghai assassination would have a chance. Looking at these other options: less sure now.

I'm going with "The Incident" for Best Scene #1, despite having only seen about ten movies this year. Only thing I've ever seen like it is, of all things, a classic moment from The Simpsons.

I sure hope that "163-161-160" at #5-#7 doesn't mean history is repeating itself. At least once (and I think twice) the Dardennes or their films finished #6 by so few points that my egalitarian point-distribution philosophy cost them a "nomination."

Not clear if that wtf is for thinking a scene from THIS MUST BE THE PLACE had a shot at the top ten or not, but, well, yeah.