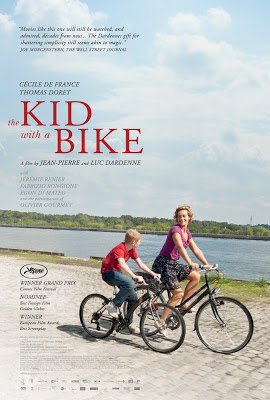 [Unfortunately, I couldn't find this film anywhere. Trust me, though, that first scene is stunning.]

Ceylan placed 16th in 2006 for Climates. He somehow failed to place for Distant.

Gerwig makes her second appearance, having also come in at #7 two years ago for Greenberg. So does Hathaway, who placed 3rd in Actress for Rachel Getting Married in 2008. Willis, in a sad testament to his career choices over the past 15 years, gets his first-ever nod. Scott, likewise, is new.

First appearance for both Whedon and Goddard.

Okay, I'm glad to see Scott get some love for Goon (which I still need to see). But I am starting to get a bit irked at this Best Actor category.

If the 2012 Matthew McConaughey "thing" places him in the top 6 for Killer Joe, which is seeming increasingly likely, well, I hereby lodge a strenuous protest. I gave him 5 points, because he was good. But top 6 or (shudder) top 5? GIVE ME A BREAK IN MY OPINION.

My co-#1 (Thure Lindhardt) is looking more and more like a Heartbreaker which, a pox on all your houses.

Jeff said...
This comment has been removed by the author.
5:42 PM

Jokes aside, I can't say I'm terribly surprised .... this is about where the Dardennes usually place and about where I thought BIKE would land.

But I REALLY thought Greta had a chance to win, or Top 3 at least. Stillman-haters like Lee Walker can do get some Cathari sex in my opinion. #Bummed

Take heart, Victor. Unless there's some major powerhouse performance released this year, Greta has the inside track for Best Actress, Skandies 2013.

Michael, I made a typo that I could not live with.

Ah yes. Bring on the nymphomaniac.

Pretty sure the groundswell for BEYOND THE BLACK RAINBOW will kick in any moment now.

Where did all those crickets come from?

To back up Michael, I already have points set aside for Gertwig this year. Couldn't manage to find any love for her this year, though. HOPE SPRINGS was more of a priority for me.

Also, I completely forgot to put Thure Lindhardt on my ballot. I am heartily sorry...

I'm not convinced that Lindhardt is out of it. McConaughey could very well end up in supporting, eponymous character notwithstanding.

Asshole Redneck Cop was strictly ballot filler, bud. This was not exactly the stellar year. Granted he was better than that Mattias Shownarts guy, who did nothing but carry Marion Cotillard around, punch guys, and scream at his little kid.

Granted he was better than that Mattias Shownarts guy, who did nothing but carry Marion Cotillard around, punch guys, and scream at his little kid.

I guess Michel Piccoli is not coming up anytime soon. Sad face.

who did nothing but carry Marion Cotillard around, punch guys, and scream at his little kid.

I was going to be polite and not bring up how distractingly amateurish I found Anders Danielsen Lie's performance to be, but Mattias Schoenaerts dissing is going on and I won't take that Lie-ing down.