(For those unfamiliar with the Skandies, my annual survey o' cinema, now in its (gack) 19th year, you can find the procedural-historical lowdown here and results from previous years over yonder.)

Here, then, are the group's estimation of the best films that premiered during 2011 but failed to secure New York distribution (and hence eligibility for the Skandies proper, which has a two-year window) by the end of 2013. I used to unveil these simultaneously with the main top 20, but it occurred to me a few years back that they really ought to have their own separate platform, given their undeserved semi-obscurity. (However, they're butting right up against the main survey again this year, due to a last-minute trip to Sundance and my all-consuming obsession with a certain comely female.)

As it happens, fewer and fewer notable films—where "notable" is defined as "made some noise on the fest circuit and were likely to be seen by several voters"—are failing to secure a week-long NYC run. Last year we finally hit what I consider a tipping point: Five people who usually vote in this section (out of a pool of only 17) chose to abstain, saying they just hadn't seen enough eligible titles. As a result, a number of films would have cracked the top 20 on the basis of a single vote. So I whittled the list down to just a top 10, and there was no need to re-expand it this year. It's a good thing, really—in a perfect world, there'd be no need for this category, and we're getting remarkably close. 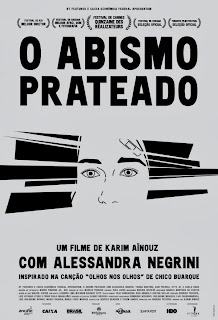 "This moves along slowly and meanders all over the place. Negrini is a good screen character but there's not enough for her to do. Fairly weak acting by the other principal characters dealing with a weak script by writer Beatriz Bracher. Nice production design by Marcos Pedroso and cinematography by Mauropin Heiro the film is directed by Karim Ainour. I would give this a 5.5 out of 10."
#9 Twilight Portrait (Angelina Nikonova) 45 pts | 4 votes 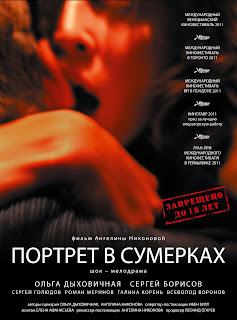 "In Russia we call it "чернуха"—a film that portraits all the bad things that could be in a society in the worst possible way. But "chernukha" is drama and has a moral. Here we see a lot of chernukha and no moral at all. The se(x)nsual catharsis happens when the victim repeatedly and under beatings says to the former rapist "I love you". And here you were, thinking nothing could depreciate those beautiful words. Well, Nikonova knows just the way to profane them."
#8 The Minister (Pierre Schoeller) 47 pts | 4 votes 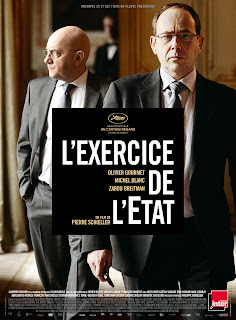 "L'exercice de l'Etat is like a species on the verge of extinction. You don't know much about its existence until you realize it is one of kind. You try to remember if you have ever seen something similar, but very little comes close. And because you feel this species may vanish away sometime soon, you grow fond of it. Like pandas, it is a creature you care about, and it would be too bad if they simply disappear. But make no mistake—this movie is no panda, an alligator would be more appropriate, and that's exactly what you see when the movie starts. You wonder why, but this film does not offer easy answers. You must go on and find them yourself, and this is what most delighted me."
#7 Policeman (Nadav Lapid) 47 pts | 5 votes 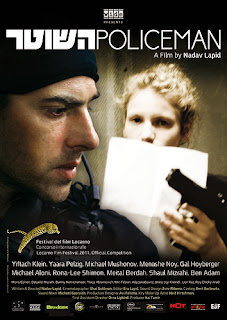 "Violence is the key to understand this film—it is everywhere, even in greetings between policemen or in kisses from Shira. It is in almost every word coming from characters' lips. We are watching Shira with a gun that is almost as big as her forearm and Yoran carrying a baby right after a cruel wrestling with his friends. Even when he's carrying his pregnant wife upstairs to his mother's place. But when those two characters meet, suddenly something will blow, some walls will crush and there will be an understanding. Maybe it will not be conscious, but a change is coming."
#6 A World Without Women (Guillaume Brac) 52 pts | 5 votes 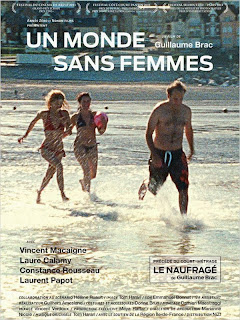 "A World Without Women (Un Monde sans femmes) was more perfect, more beautiful, more heartbreaking and more stirring than I even imagined. Brac has just finished his first feature. I pray that all European producers give this man whatever he needs to continue making a film a year for as long as the muse carries him. Cinema needs Guillaume Brac right now. Art needs him. I need him." [from a blog entry by Sean Corbett; there were no IMDb reader reviews]
#5 The Pettifogger (Lewis Klahr) 65 pts | 3 votes "Hearing Lewis talk about his films can be interesting in that he often intends things that aren't that obvious, for example at the talk following the screening after The Pettifogger he mentioned that the central character in my favourite film of his actually dies at the end of the movie; I've seen it three times and wasn't close to thinking that. Here he said that a lot of the inspiration from this film in terms of observation comes from his father who apparently often used to suffer from depression and would segregate himself from the family for long periods during bouts."
#4 Sleeping Sickness (Ulrich Köhler) 68 pts | 4 votes 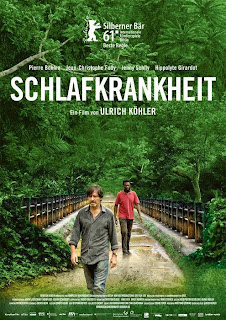 "What's interesting about this film is that it refuses to be seen as a criticism or essay on any particular third-world problematic, but rather treats many different problems belonging to these environments as well as their relationship with the first world as a single interweaving set of elements that cannot be analyzed without the rest. Thus it creates very complex views of the political system, of the relations with many of these NGOs, of how we see on one hand the dependence of these departments in international help while on the other how the people involved turn these acts of charity into a profitable project, while we have a third hand, and fourth and fifth, that tell us of the battles between idealism and discourse both on an outward, man-to-man level as on an personal one, the justifications of the necessity of international intervention, and how it is openly represented here the shortcomings of economic liberalism through the ever-expanding financial gap between classes, all the while being at the surface a character study instead of an openly political film."
#3 Play (Ruben Ostlund) 87 pts | 7 votes 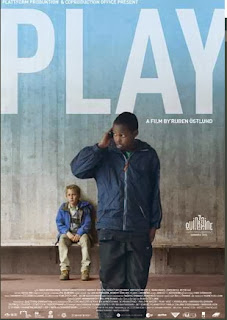 "The movie is full of visual fluff that is there to amplify any interpretation one can see. Some parts are missing, again to punish expectations. Like when the boy gets to the treetop and an interesting discussion develops. All is cut: somehow he is back down, yet why? To conform with his comrades who had let him down before? Conforming or conditioning that makes people insensitive to what is and so react predictably is also exposed in reactions of shopkeeper, passengers, disturbed ladies at the end. Street-smarts count on predictability of petty minds; bullying may continue. Should have been shorter."
#2 Mildred Pierce (Todd Haynes) 89 pts | 8 votes 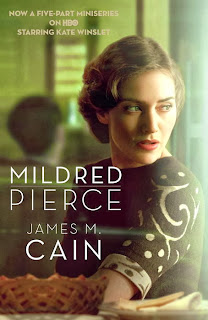 "The first 3 episodes were really great. I enjoyed the story line and the acting. Then the plot turned to an unrealistic and stupid storyline. The younger Veda was excellent. She almost stole the spotlight. I found it really unbelievable that this girl, a concert pianist, 3 months later was humming and found her true talent "opera singing." How dumb was that! It just started unraveling for me at that point. I felt really betrayed that I had invested all these hours watching what was a really good story and great acting for it to come to this. I didn't care if I watched the rest of it. I did though just because I had invested so much time. My husband felt the same way. If I had known that the last chapter was so dumb I would have never started watching it. 8 stars? I don't think so. I thought HBO was better than this.
#1 Dreileben: Beats Being Dead (Christian Petzold) 119 pts | 9 votes 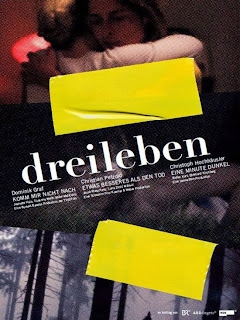 "As far as its purpose was to make a thriller, it is a success. On the other hand, both main characters were no candidate for me to get involved in their motives and their on/off courting. While Ana apologized lots of times for her inexplicable behavior, it did not hinder her from the next ill advised step. As a feel-good comedy, this film is obviously not for me. But the average viewer will think differently."
So I guess that decides the question of which Dreileben film is best liked...

For the record, here are the next 10 films (actually 11, as there was a tie), in alphabetical order:

Hmm, I've only heard of three of these, and seen none.

Two films I really liked were The Salesman and P-047.

Here goes my annual prediction for the Skandies top 20:

Robert Fuller: I liked The Salesman too and gave it some points, but I suspect not many voters were aware of it.

Mike: does the appearance of The Boy Who Was A King in the next 10 mean that someone else voted for it, or did it place there solely on my enthusiasm?

DREILEBEN! Now that's a title I haven't heard in a while...

Of the listed & named I've only seen the Ostlund and the Cousins, but although they have their moments and merits, I personally prefer these to those: