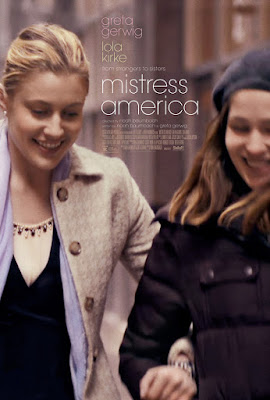 I could only find this small excerpt, alas.

Swinton becomes the second actor in Skandies history to receive 13 total nods, putting her behind only Philip Seymour Hoffman (15) on the all-time list. (She'd been tied at 12 with Isabelle Huppert, who didn't have an eligible film in 2015.) Her complete roster:

Mortensen makes his fourth appearance in the top 20, but his very first appearance in a film not directed by David Cronenberg. (No, Aragorn never made the cut.) He placed 2nd for A History of Violence (2005), 5th for Eastern Promises (2007), and 7th in Supporting for A Dangerous Method (2011). Rodriguez (it's not Kiki Rodriguez, is it?) and Ransone are new.

While McCarthy's previous films (apart from The Cobbler) have generally been reasonably well liked, this is the first time he's ever placed (though it's worth noting that he gets story credit on Pixar's Up, which placed 7th in 2009). Singer's only previous feature-film credit is for The Fifth Estate two years ago; his screenplay for that film did not make the cut, to put it politely.
Posted by md'a at 7:00 AM

So...You think it was probably an error but you've phrased the question as if that discrepancy might have been deliberate?

I guess it seems that way, but I was just being silly.

Just for fun, going to leave some predictions here, which will most likely turn out to be wrong, but whatever:

Best Screenplay
1. Clouds of Sils Maria
2. The Mend
3. Inside Out
4. The Duke of Burgundy
5. Anomalisa

Didn't fully realize how hard the Best Scene category is to predict, which is likely why my guesses ended up only being scenes that I personally saw and liked. Oh well.

Not going to try the acting categories (though I think Kristen Stewart has Supporting Actress locked for Clouds of Sils Maria).

Oh, and I think Nictate might win "Alone Again" for Irrational Man.

Stewart is obviously playing lead, I think is the problem there. Then again I filed O'Shea Jackson, Jr. in Straight Outta Compton under "supporting," so what do I know?

I do think she's lead as well, but I'm guessing most people would put her in supporting and so the points from her votes as lead would just transfer over.

As someone who gave my Supporting Actress Mother Lode to Ms. Stewart, I’d Exhibit A the fact she is not in the last ten minutes of the movie…but you kids gripe away, I’m still floating on a cloud of Skandie love over not being the only one to recognize Raffey Cassidy’s work.

Leonardo DiCaprio isn't in the last ten minutes of The Departed. Is he supporting? I'm sure there are plenty of other examples. An argument can be made that Sils Maria is fundamentally about Maria and not about Val, but the fact that Val disappears 90% of the way into the movie doesn't really support it.

There's definitely a case to be made for both lead and supporting. I actually think the presence of Jo-Ann in the film is the main reason Stewart's role as Val is so hard to categorize. Had it just been Maria and Val, it would be easier for most people to see them as co-leads (as Helena and Sigrid seem to be in the play). But because Jo-Ann is in fact present, it's easier to see the film as fundamentally about Maria, with Val and Jo-Ann merely supporting her arc.