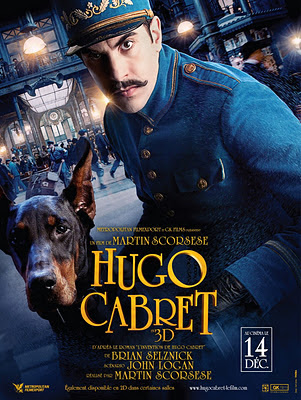 This is Owen Wilson's 4th appearance in the top 20, though his first in seven years. He previously placed 15th twice—for Shanghai Noon (2000) and The Big Bounce (2004)—as well as 20th in Supporting for Zoolander (2001). Former Actor champ Ruffalo has an even longer Skandie CV, including two nods last year:

The two young girls are of course new.

Malick's screenplays for The Thin Red Line and The New World did not place. This is the best he's ever done!

I was unable to give HUGO any points in this very strong year but I am happy it made the top 20. Film preservation is incredibly important.

It should also be noted that Atli's run for 100% predictions ended today. I cry a little.

I'm still hoping I had the right 20 films and that they'll just be in a slightly different order.

Afraid not. You did pretty well overall though.

What a great scene. It had me on the edge of my seat -- not a position I expected to take when I entered the theater for MEEK, I have to admit.