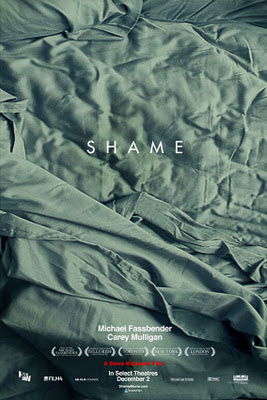 
NOTE: I've opted to password-protect this one so as not to make it generally available. Password is the name of Monica's daughter. (If you haven't seen the film, you don't want to watch this clip in advance.) I'm gonna take it down after 24 hours; please don't announce its existence to the whole web. Also, as you'll be able to see, this is from a 2008 screener, before the film had been finished. In particular, little to no sound editing had yet been done at this stage. Those jarring aural glitches aren't in the theatrical release.

That is some serious passion-dex shit right there.

I suppose this is to be expected from those who do not appreciate the greatness of HOUSE OF PLEASURES.

If Josh were being honest with himself, he would know ...

Perhaps if SHAME had included another half dozen dangling subplots, Matt Damon, and a phony pregnancy scare, it would have gotten more points!

Also, perhaps a jaguar and some overly obvious symbolism.

(I kid, Team House of Intolerpleasures, I [kind of] kid).

I'm really glad Strident made the list. I really wanted to vote for it but I found three other scenes from MARGARET more deserving of points.

Not a huge fan of the film itself, but I'm a little surprised McQueen, who indisputably directed the heck out of Shame, barely made the cut.

So I take it this 2008 screener will end up being the source for at least 4 scenes this year? Or are you hoping to score another screener before the finalists are announced?

Yeah, McQueen made too many mistakes for my taste, but to have the film place higher than the direction seems a bit "off."

If you go by number of votes rather than points it makes more sense. McQueen 5, the film itself only 2.

Hey, nice to see Fernando Santos get some love. I'm hoping the "Calvary" sequence from TO DIE LIKE A MAN (truly a jawdropper) makes an appearance on the list.

Santos should be higher. In a three-way tie for first place, to be more specific.
Mary Page Keller should be in fourth, what the hell?

I'm pleased that Keller placed at all. It's not the kind of performance that generally gets noticed, even by cinephiles and critics. She barely got any votes (other than mine) in the indieWire and VVM polls.

I thought Keller was superb, but isn't the role too small? Little more than a cameo (albeit an important one). It's a slippery slope from this to voting for all the great one-scene bit parts in Coen Brothers movies imo.

Then again, I also didn't vote for the awesome "Calvary" scene in TO DIE LIKE A MAN (per Graig, above) because I reckoned it was more about the song than the actual filmmaking, so maybe I should've rationalised less and gone with my gut more.

I was also hoping that at least with the Skandies Keller might be recognised among the top 5.

But yes, since it's a brief performance by an unknown actress in a film unfairly dismissed as minor - I guess it's encouraging that she placed in the Top 20 at all.

I'm glad to see Mary Page Keller mentioned anywhere, just because I had a massive crush on her when she was in a terrible early Fox TV show called Duets.

Just realized I should've voted for at least one scene from Shame --probably the restaurant date, but maybe NY, NY or Brandon's jog just to have the clip around. Oh well.

I thought Keller was superb, but isn't the role too small?

To my mind, no role is too small to be considered in the Supporting categories. Especially not this one, upon which the entire film pivots imo.

"...upon which the entire film pivots imo."

Which brings to mind your observation that the film could've concluded with Keller's theme-crystalizing dialogue in the car. Would've been the perfect ending.

Perhaps if SHAME had included... some overly obvious symbolism.

It's pretty hard to make an argument that SHAME *doesn't* indulge in overly obvious symbolism.

Or overly obvious everything, for that matter.

Pretty sure I'm the only vote for Brandon's jog.

Bummed as To Die Like A Man was the next thing queued up on my To Watch pile when the deadline rolled around.

My brother suggested I would possibly like this web site. He used to be entirely right. This put up actually made my day. You can not consider just how much time I had spent for this information! Thanks! Feel free to visit my website; 바카라사이트

It's late finding this act. At least, it's a thing to be familiar with that there are such events exist. I agree with your Blog and I will be back to inspect it more in the future so please keep up your act. Feel free to visit my website; 바카라사이트

Great post! I am actually getting ready to across this information, is very helpful my friend. Also great blog here with all of the valuable information you have. Keep up the good work you are doing here. Feel free to visit my website; 바카라사이트

Hi there, I found your site by the use of Google whilst searching for a similar topic, your site got here up, it looks good. I’ve bookmarked it in my google bookmarks. Feel free to visit my website; 바카라