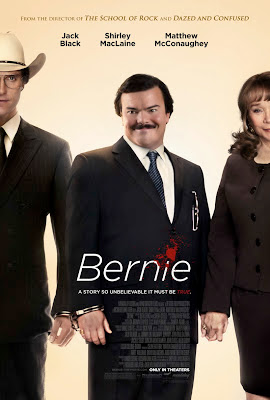 [NOTE: I just grabbed a crappy version from YouTube, because creating my own video would have required watching the scene again and I have zero desire to do that. Nor do I recommend that anyone who hasn't seen Killer Joe subject themselves to this noxiousness. And I cordially invite everyone who voted for it to go fuck themselves. What is wrong with you people. And I say that as a staunch defender of the rape scene in Irreversible, which at least has a goddamn purpose beyond cheap provocation. This is just repugnant.]

Soderbergh makes his seventh overall and second consecutive appearance. He previously won for Out of Sight (1998) and placed 11th for The Limey (1999), 2nd for Traffic (2000), 15th for Erin Brockovich (also 2000), 20th for Ocean's Eleven (2001), and 16th last year for Contagion. Interestingly, no fewer than five (5) of the films for which Soderbergh has placed in Director failed to make the cut in Picture. [SPOLIER!]

Mann made her only previous appearance playing the exact same character in Knocked Up (2007), for which she placed 11th in Supporting. García Bernal landed at #15 in 2002 for Y tu mamá también and at #19 in 2004 for Bad Education. (You'll make it out of the teens one day, Gael!) Walken gets his first nod in a decade, having previously placed only for Catch Me if You Can (#8s, 2002). Hayek, despite her lengthy career, is new.

I was pretty disgusted by Killer Joe, but you kind of answer yourself in your take down of it. The best I can figure it's like Ichi the Killer. Repulsive, but going so far that it descends into lunacy for some. I can only assume it's simply funny to them, because it lacks any other redeeming qualities (that specific scene at least, the subsequent family dinner scene kind of goes for the same shock value and works much better).

It may come as a surprise to some, but I kind of agree with Mike regarding this scene and did not vote for it. I prefer the Trash Humpers for this sort of thing.

As one of the sick repugnant assholes who voted for the scene, allow me to clarify. Killer Joe is sick and hateful and misanthropic. In most respects I do not like the film at all. It took me a couple of tries to get through it.

Having said that, I think this scene, which is more about the brutalization and degradation of Gershon's character than anything else, has the function of reminding us, in no uncertain terms, that Joe is even more depraved than the family to whom he feels so righteously superior. And his misogynistic abuse of Gershon's character is a flash-forward of sorts to what is in store for Temple's childlike bride-to-be in her future with Joe. Frying pan / fire.

That take isn't compatible with (1) the presentation of Gerson and McConaughey to that point, and (2) the contemptuous smash-cut-to-black that ends the film (the ultimate "fuck you, audience" gesture).

Wouldn't this be his 7th overall (Out of Sight, Limey, Traffic, EB, O11, Contagion, Haywire) or am I misreading something?

I’m (one of) the motherfucker(s) who voted KFC. IMO, the scene transcends the ugliness of the characters and the act with its blackly comedic social commentary. Two kinds of evil face-off in a humble American kitchen. Even the inclusion of a fast-food item as the phallic symbol is sly. I don’t mind, ahem, choking on the truth.

Wow, I am shocked 4 other people voted for Salma Hayek. I thought for sure I was the only one. She's really good in that piece of shit movie -- easily the only thing worth remembering about another Oliver Stone fail.

If I'd remembered Hayek's turn, I almost certain would have given her points. First real "DAMN" moment for me.

I think this scene, which is more about the brutalization and degradation of Gershon's character than anything else, has the function of reminding us, in no uncertain terms, that Joe is even more depraved than the family to whom he feels so righteously superior.

I did not need reminding of this in my opinion. But even if I did, there were less grotesquely bravura ways to accomplish that task. Shocking and brutal is one thing; shocking and brutal and clever is another.

See, that's shocking and brutal and clever. (Seriously, though, I just didn't want to give those assholes free publicity.)

Wouldn't this be his 7th overall (Out of Sight, Limey, Traffic, EB, O11, Contagion, Haywire) or am I misreading something?

You are misreading my failure to modify my cut-and-paste from last year.

Wow, I am shocked 4 other people voted for Salma Hayek. I thought for sure I was the only one.

This is why you should always vote your conscience and not worry that you're throwing points away.

"Seriously, though, I just didn't want to give those assholes free publicity."

lulz ... because association with THAT scene would be SUCH the marketing tool for THAT company.

I just voted for "K Fried C" as the obvious point of climax for Killer Joe's burlesque on cliches and canards about the American south. It disturbed me and yet I also laughed, hard, and I found that dissonance pretty compelling. The misogyny is hard to take, but this scene is what gives Joe Cooper his psychology, what makes him a genuinely scary character in the mode of Jim Thompson. It's a horror movie where the monster is something it really does behoove you to be afraid of. (And, echoing Nictate, I got a kick out of the wanton use of the KFC brand name in the scene. Oh, it did turn my crank.)

I enjoyed this picture on account of its classical noir structure but could of done without this seen. I voted for Joe and Dottie's first date, which had the more interesting dissonance in my opinion.

It's just as much about the degradation of Thomas Haden Church's character. Which is why it works for me.

I figured you understood the point of the scene, Mike. I was just arguing that I found it effective in context. It was suitably horrifying.

And from your above comment, I can't parse whether clever is a good or bad thing.

Still, rather surprising to find you impugning those who voted for the scene, implicitly or not. Don't be Armond, bud.

You know, I thought about it, and despite our disagreement, I take that back, Mike. Invoking Armond is a bit like pulling a film-crit Godwin. Apologies.

No worries. My "go fuck yourselves" was obviously meant as gadfly humor, and I can take what I dish out.

Some of the difference in opinion here can probably be attributed to variant ideas of what the Best Scene category is meant to celebrate. I note above that I'm a defender of Irreversible's rape scene...but I didn't vote for it that year, and was taken a bit aback when it landed in the top five. It's powerful and it works for the film, but I can't claim to "enjoy" it, and in fact find it so hard to sit through that I had to really steel myself for repeat viewings. So evidently I'm working with a criterion that's closer to "favorite" than "best." Can't fault others for going the other way.