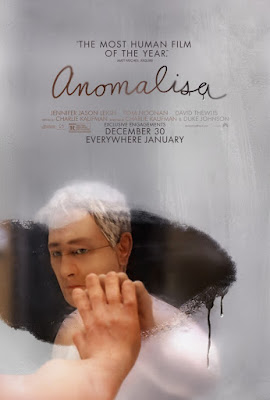 Hard to Be a God is German's first (and last) Skandie-eligible film, as Khroustaliov, My Car! was never released in the U.S.

Larson placed 12th two years ago for Short Term 12. Dano finished at #7 in Supporting for There Will Be Blood in 2007. Hoult and De Laâge are new.

Johnson and Kotyk have no previous writing credits, but Maddin previously placed 15th for The Saddest Music in the World (2004, written with George Toles) and 4th for My Winnipeg (2008).
Posted by md'a at 7:44 AM

Khroustaliov, My Car! didn't get a Skandies-eligible release, but it did play for a week in Chicago in 2000 at Facets Multimedia.

No love for STAR WARS yet? Hopefully we'll see some top 10 appearances.

I feel like your entire year in cinema has been one giant troll.

Yes. Unfortunately he saw too many pictures for me to feel justified in excluding him from voting (and he did not exclusively 30-bomb superhero movies as I feared he might).

Larson coming in 10th is proof of what a jam-packed year it was for leading women. I only gave her 9 pts (she was 7th on my list) and in most other years she'd be top 3.

Lead female perf is a strong category for sure, but the tenth spot for Larson is still a bit of a surprise. (I probably should have tossed 5 points her way--it was a victim of Oscar hype for me.)* Anyway, it looks like the final 8 will be Theron, Moss, Blanchett, Ronan, Mara, Holmes, Hoss, and Rampling, maybe even in that order.

Sorry, it's probably Sidse Knudsen instead of Elizabeth Moss as we need to account for the D'Angelo Effect.

I couldn't find room for her despite being one of Tu dors Nicole's biggest fans. The competition was too fierce in Actress this year.

Let's dispense with the fiction that Jeff McCloud doesn't know what he's doing.

No, let's dispel with it.