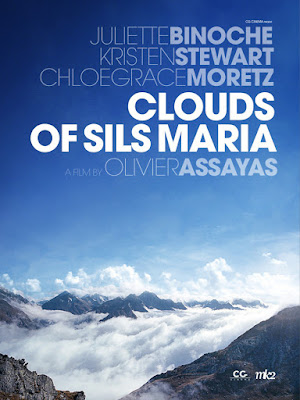 Apologies for the poor quality—it's the only full version I could find with English subtitles.

Gerwig previously placed 7th in 2010 for Greenberg, 7th again in 2012 for Damsels in Distress, and 2nd two years ago for Frances Ha. For Russell's history, see #20, as he also placed this year for Bone Tomahawk. Burge is new.

Gerwig and Burge - *yes*. As far as I'm concerned, this is why we have Skandies. (Also, I never saw much mention of him, but I've been high on Joe Anderson's performance as the guy who owns the check cashing place in BUZZARD ever since I saw it. Winner of this year's Gary Poulter Award for Most Overlooked Performance by a Complete Unknown.)

I thought Burge was just awful. But I also thought Joel Potrykus, Mark Ruffalo, Tom Noonan, and Kitana Kiki Rodriguez were awful, so clearly I have a different concept of acting than some of the Skandies voters.

Hmm. Maybe there won't be any Star Wars love after all.

I'm with you Robert -- I liked Burge but not enough to give him any points, I guess. But I agree that Ruffalo and Rodriguez were awful. Noonan bothered me, but I feel like he was supposed to. Seems like the voting body, we're scattered a lot when it comes to acting.

Speaking of which, it's odd that Russell placed so much higher for H8 than BT. I'm guessing it's just that H8 was more widely seen (and they're different categories, I suppose). It's hard to believe that you could see both movies and think he gave a better performance in the Tarantino (though I like the film better overall). He has one line reading in BT that wrecked me as much as anything in JAMES WHITE.

I thought Burge was just awful. But I also thought Joel Potrykus, Mark Ruffalo, Tom Noonan, and Kitana Kiki Rodriguez were awful, so clearly I have a different concept of acting than some of the Skandies voters.

Given the nature of Noonan's "role," I'm bewildered that anyone could find his performance actively bad. What do you think he should have done that he didn't? It's like saying "that dude playing the corpse who just laid there without moving was fucking terrible." HE'S A CORPSE. (That's Ed, neither do I understand voting for Noonan as one of the year's best performances. He is vocal wallpaper.)

Your other examples mostly suggest that you dislike over-the-top acting, though every one of those roles save Ruffalo's calls for exactly that.

Not actively bad, I just stuck his name in the list without clarification for brevity's sake. It's more that, like you, I don't understand voting for him.

I don't dislike over-the-top acting, I dislike amateurish acting, which is what I felt Potrykus, Burge, and Rodriguez delivered.

I'm surprised by all the Ruffalo hate. The only moment I found annoying was his little "This is bullshit!" speech, but that seems more the fault of the script.

Being vocal wallpaper is much more of an achievement than it sounds. #YSWIDT?