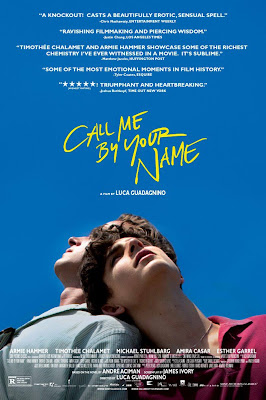 [Clip unavailable, sadly. Also, while most voters specified the car-bashing, I consider the scene to continue inside the house; the conversation that immediately follows is a big part of what makes it great.]

Pfeiffer gets her first nod in a decade, having last appeared at #20 in Supporting for Hairspray (2007); she also placed 16th in the lead category for What Lies Beneath (2000). Nixon, as noted below, finished 3rd in Supporting two years ago for James White. Stuhlbarg was our 9th favorite actor in 2009, playing the title role in A Serious Man. Chalamet is new.

In addition to his numerous other top-five finishes (detailed in the "nominations" post), Baumbach has placed 10th for The Life Aquatic With Steve Zissou (co-written with Wes Anderson) and 7th for Greenberg (2010). I do find it curious that he wound up one rung above Gerwig here, even though their films are equally script-driven and we much preferred hers overall. (I didn't vote for either, so I'm off the hook.)