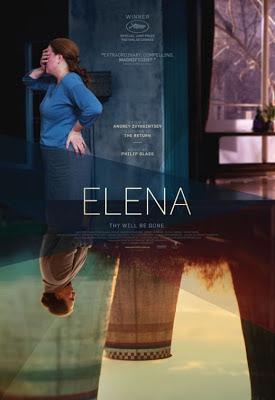 sk20 from Daniel Gemko on Vimeo.

[NOTE: I opted not to go to the trouble of creating subtitles for the few words of dialogue, as they're inexplicable out of context anyway. For the record, the fourth dude to receive tea asks the fifth "Aren't you dead?" (he is; he's not really there), and then is just brusquely told "Hey, let's go, I'm not finished with you" by the heavyset man. Doesn't much matter as I'm pretty sure the folks who voted for this scene were more struck by its formal aspects than its content.]

All four actors are new. (Is Jinkings the washing-machine humper?)

Re: Jinkings. Yes, yes she is.

The only place I've seen give Clarke respect. He had to walk a tightrope in those interrogation scenes to be appropriately menacing without losing the audience. I was impressed.

Hello! I've been following your weblog for some time now and finally got the courage to go ahead and give you a shout out from Houston Texas! Just wanted to tell you keep up the good job!
Also visit my website :: about quaker parrots

There are no quaker parrots in Houston Texas. Only southern baptist parrots.