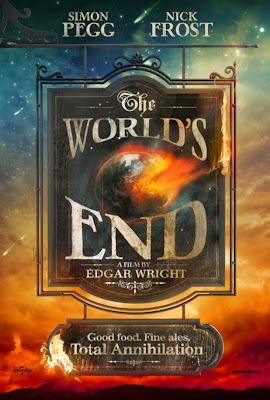 [Normally I try to provide a clip for Best Scene, but was unable to do so in this case—my screener is damaged, apparently, at that point in the film, and the file that's available online won't open in Quicktime 7, which is all I know how to use for editing video files. I tried loading it into iMovie and it was barely halfway there over an hour later, so screw it.]

Mati Diop finished at #12 in the lead category for 35 Shots of Rum (2009). The other three actors are new. Also, Will Forte is the lead in Nebraska, people. Without any question whatsoever. #sigh

I tried to fight the Will Forte-as-lead fight early on, but the screener FYC info dictates all, come on people, grow a pair.

Good job 5 other people who also remembered Amy Acker's Beatrice; quite worthy of comparison to Emma Thompson. Does this mean Nathan Fillion's Dogberry (a vast vast improvement over Michael Keaton) is coming up too?

Almost missed Mike admitting that Forte is the lead in NEBRASKA, but that's not gonna stop me complaining. Come on guys, he's only in more scenes than Dern and virtually the entire film is from his point of view. If anything Dern is supporting at worst, co-lead at best.

Forte is a lead but he's terrible in the film regardless, so I'd be more upset that people gave him points than put him in the wrong category.