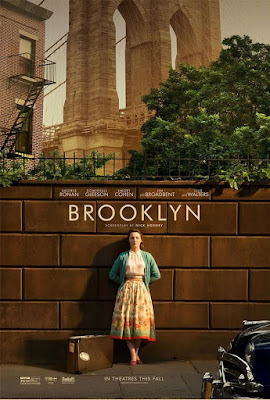 Mann previously placed 15th for The Insider in 1999, 8th for Ali in 2001, and 9th for Miami Vice in 2006. That makes four times he's made the Director list for films that failed to make the cut in Best Picture. Twice (in 2001 and 2006) he's been the highest-ranked director whose film didn't make Best Picture. He's only the second-highest such instance this year, however.

Former Skandie winner Ruffalo, to my surprise (he gives the weakest performance among Spotlight's ensemble, if you ask me, but his 12-point average suggests that some folks were mightily impressed), makes his eighth appearance in the top 20. In addition to winning Best Actor in 2000 for You Can Count on Me, Ruffalo has placed six previous times in Supporting: 19th for 13 Going on 30 (2004), 12th for Zodiac (2007), 6th for The Kids Are All Right (2010), 8th for Shutter Island (also 2010), 19th again for Margaret (2011), and 5th last year for Foxcatcher. Mendelsohn previously placed 13th in Supporting for Animal Kingdom (2010). Both women are new.

Petzold's screenplays for Yella, Jerichow, and Barbara failed to place.
Posted by md'a at 7:00 AM

The screenplay credit for Phoenix should be shared with the late Harun Farocki, I believe.

Well I did give Ruffalo supporting actor points but for the better movie he was in where he played The Hulk.

Can't find PHOENIX itself, but the US trailer at least credits Petzold as the sole writer, with Farocki listed as "Collaboration."

What's to like about Brooklyn? I truly don't get it.

all the cool microbreweries and happnin espresso bars

It's one of the best film you'll ever see about becoming a person for whom "home" is no longer "home." It's bathed in a kind of nostalgia, but utterly clear-eyed about how nostalgia ain't what it used to be. And ... yet ...

I wish I'd seen the film you describe, Victor. What I saw instead, twice, was a film about a nice girl trying to choose between two nice guys (who happen to live in different countries).

I wish I'd seen the film you describe, Mike. One of the guys turns out not to be so nice (this is part, but only part, of what I mean when I say that her return to Ireland sours it in her eyes, as it doesn't match up with her homesick memories)

I wish I'd seen the film you describe, Victor. In the one I saw (twice), the Irish guy is perfectly nice, and the nice girl's decision to return to America (SPOLIER!) is motivated primarily by a former employer's blackmail threats regarding her husband there.

Seriously, what makes you say Gleeson's character turns out not to be so nice? I have no memory of him being anything but decent.

He was a snot-nosed toff.

Sure. But it's not as if he's revealed as a snot-nosed toff. He's always one. And she likes him anyway. At no point in the film does she appear to start liking him any less.

In any case, I would have preferred a much stronger emphasis on country and a whole lot less time allocated to romance. But, then, that approach would probably work better in...a novel.